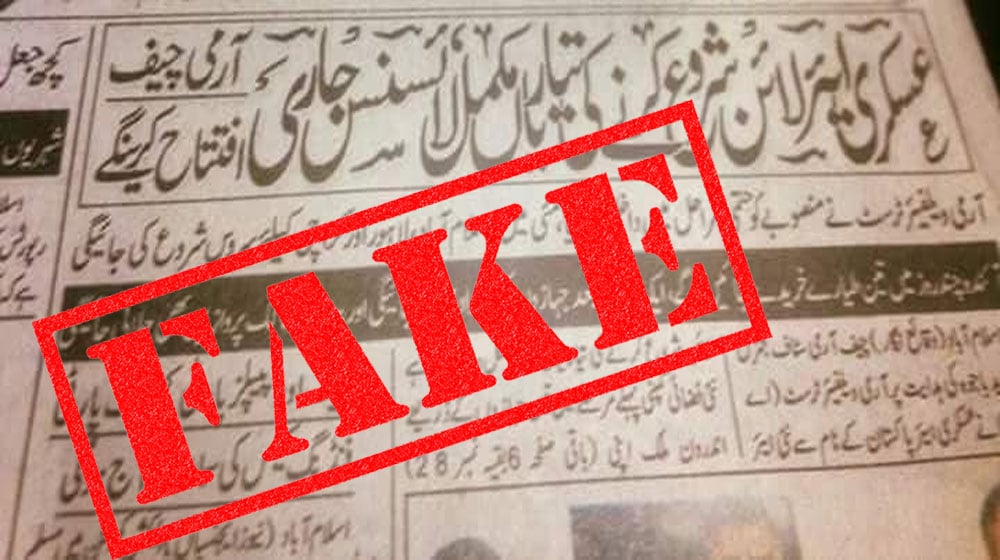 Another fake news against state departments has been busted as reports of Askari Airline’s launch to supersede Pakistan International Airlines (PIA) in testing times have proved to be incorrect.

The propaganda started when some anti-government elements shared images of an old Urdu newspaper, claiming that the Army Chief of Pakistan will inaugurate the Askari Airlines. It said that the airline will soon commence operations from Islamabad, Lahore, and Karachi.

5 New Airlines Will Launch in Pakistan Within One Year

However, the Askari Aviation Services (AAS) quickly negated reports saying that they have no plans of starting operations anytime soon, not at least in 2020.

AAS informed media persons that it had decided at the start of the year not to launch operations any time soon.

Despite having acquired the license in 2019, the airline said it was not ready to launch operations yet as its infrastructure is not complete.

PIA Downgraded to a 1-Star Airline

Askari Air Pakistan was among the five airlines that received licenses in 2019 as a result of the incumbent government’s new aviation policy. All remaining airlines, including AirSial, Go Green, and Liberty Air, are in the works at the moment.

AirSial, owned by a group of private businessmen from Sialkot, was supposed to start operations from June this year but was forced to postpone plans due to economic restraints after the Covid-19 crisis.