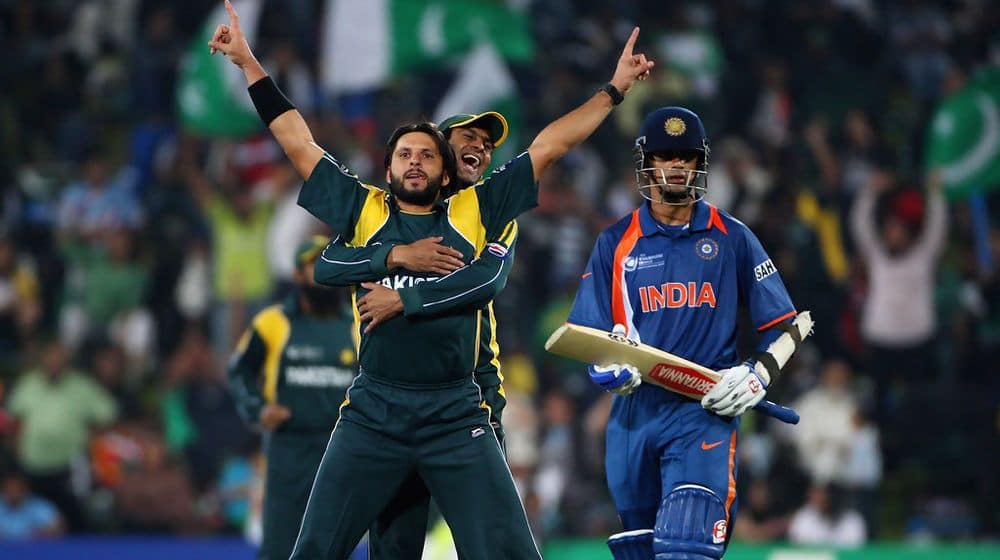 Star all-rounder, Shahid Afridi, has once again irked cricket fans across the border; this time with his comments regarding Pakistan’s dominance over India.

Pakistan has a 73-55 win-loss record against India in 132 ODIs, whereas the numbers stand at 12-9 in Tests with 38 drawn matches. India has enjoyed an upper hand in the shortest format, winning 6 and losing just one game out of 8 T20Is.

Shahid Afridi Brushes Aside Rumors About His Health

Reminding the cricket lovers about the upper hand Pakistan has over India, Afridi said that we have beaten them so much that they used to ask for forgiveness after the match.

Talking about his favorite opponents, Afridi said that he liked playing against India and Australia because they are big teams, and performing in front of the opposition’s home crowd is the big thing.

Reflecting on his most memorable innings, Afridi said that his 141 against India in Chennai is his favorite because it was a difficult tour and the innings held great importance.

My most memorable innings was the 141 against India, that too in India. I was not going on that trip. They were not taking me. Wasim bhai and the chief selector at that time supported me a lot. It was a very difficult tour and that inning was very important.

Afridi is often in India’s social and conventional media because of his love affair with Kashmir. His comments regarding the disputed territory and Indian barbarity get major headlines in India.

What are your thoughts on Afridi’s remarks? Let us know in the comments section.