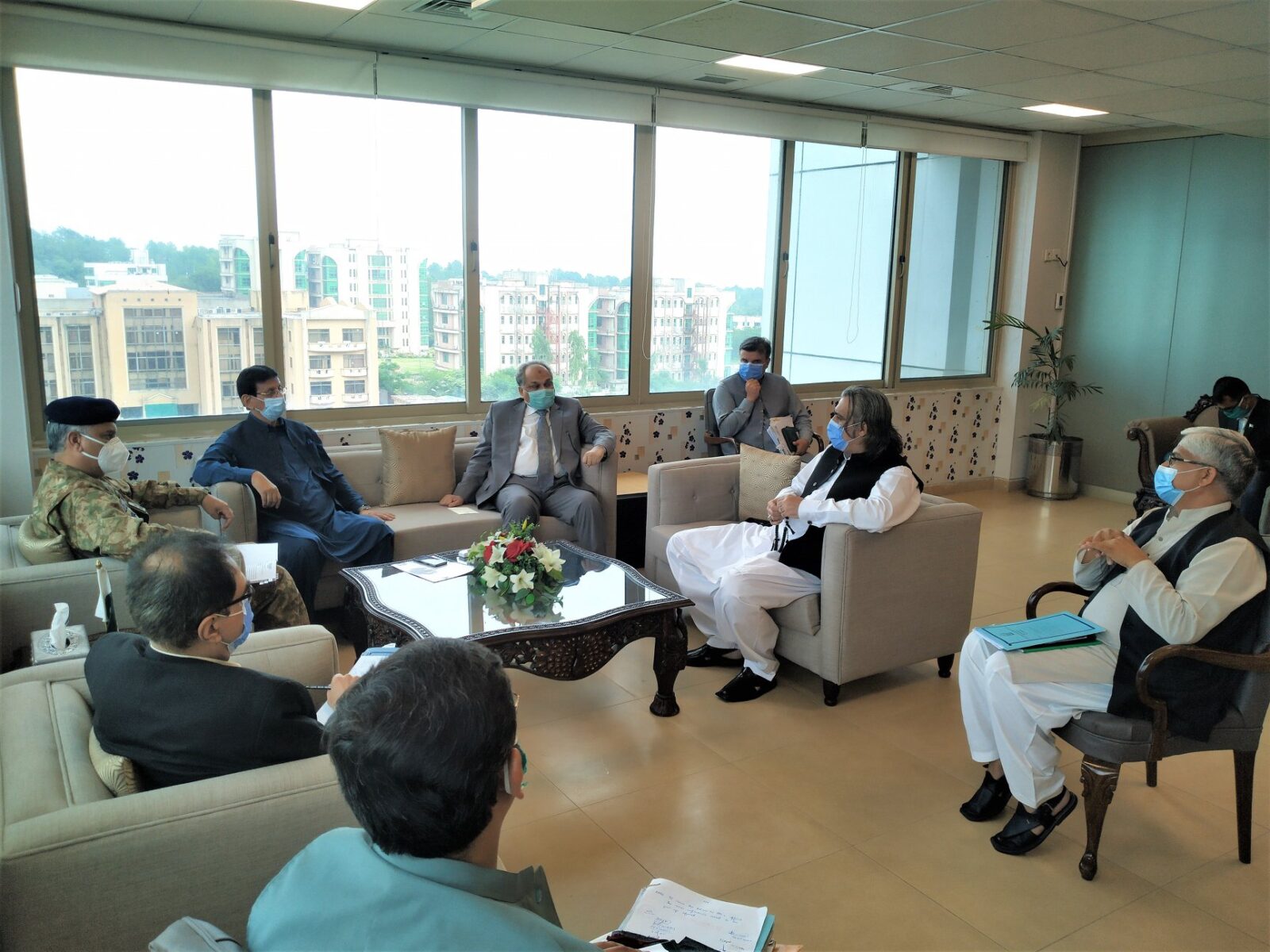 Secretary Ministry of IT Shoaib Ahmad Siddiqui was also present on the occasion.

During the meeting, Ali Amin Gandapur apprised Federal Minister for IT about the difficulties faced by residents of Azad Kashmir and GB regarding internet and Mobile phone networks.

The minister told that 92 communication towers in GB are being transferred from 2G to 4G technology. Likewise, 65 towers are being installed on Karakoram Highway after which networking issues of surrounding areas will be addressed.

Syed Amin Ul Haque said that an IT Park and community center will be inaugurated in GB in the next few days that will connect the masses to the digital world.

Federal Minister Ali Amin Gandapur appreciated the projects of the Ministry of IT and said that a joint strategy will be formulated against negative propaganda. Federation will also be asked regarding the provision of funds to facilitate people of Azad Kashmir and GB, he said.