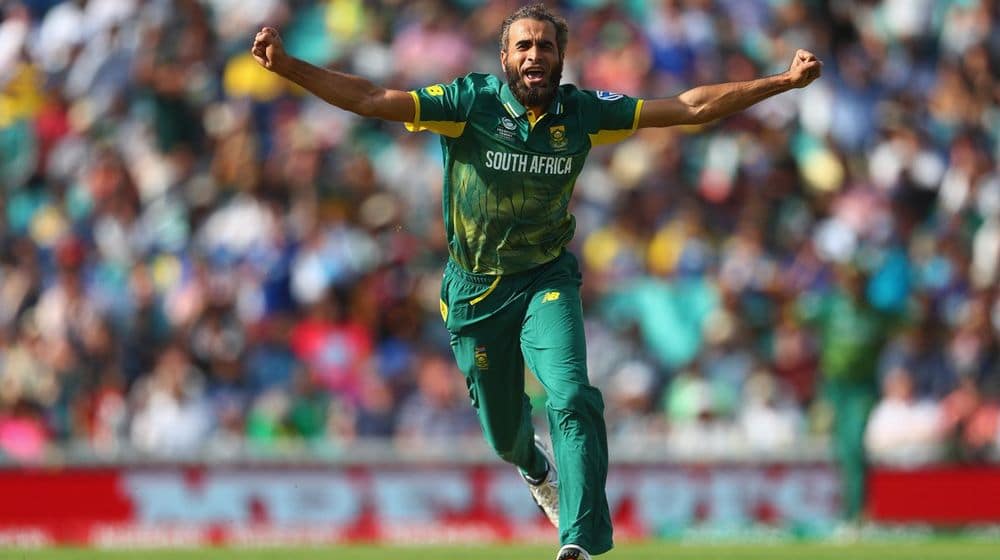 Pakistan has lost a number of talented individuals who leave the country for better opportunities in different parts of the world. It is not limited to a particular field as people from all walks of life find a career outside Pakistan. One of the most successful leg-spinners of the current era, Imran Tahir, has a similar story.

Having been a frontline spinner for South Africa, Imran Tahir regrets not playing for his homeland. Born in Lahore, the cricketer has represented the Proteas in 20 Tests, 107 ODIs, and 38 T20Is.

Living in Lahore till 2005, the leg-spinner played for Pakistan Under-19 and A teams, however, he could not make it to the national team and decided to look for opportunities elsewhere.

I used to play cricket in Lahore and it played a significant role in my progression as a cricketer. I played most of my cricket in Pakistan but did not get an opportunity here, for which I am disappointed.

Leaving Pakistan was a difficult decision but most of the credit for playing for South Africa goes to my wife.

Tahir was most successful in the limited over formats, bagging 173 and 63 wickets in ODIs and T20Is respectively. He retired from ODI cricket after the 2019 World Cup in England. Shahid Afridi was one of the main leg-spinners in the shorter formats for Pakistan during the period Imran was struggling to get a call-up for Pakistan and later for South Africa.