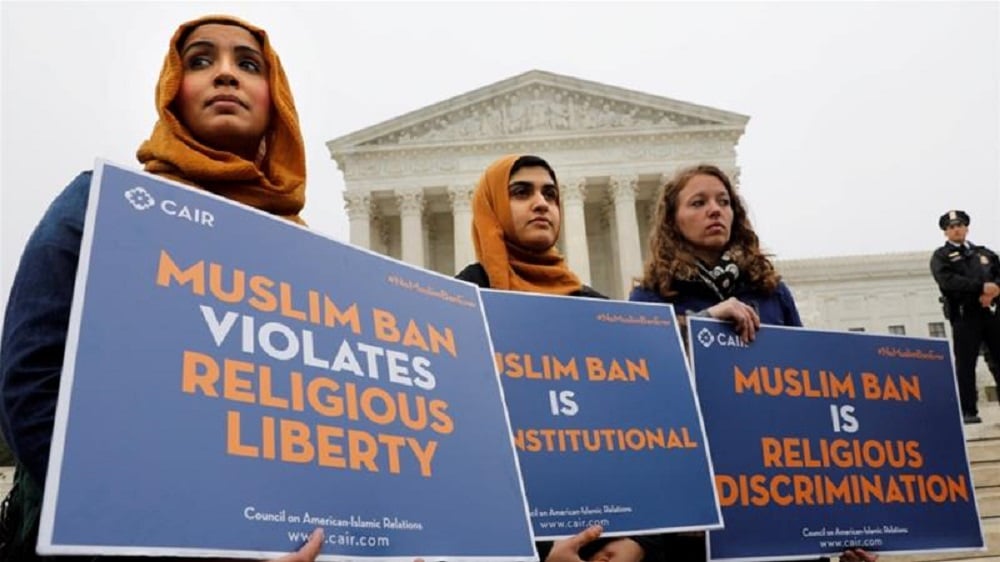 The United States House of Representatives has passed legislation that would repeal President Donald Trump’s controversial order that barred immigrants, mostly from Muslim countries, from entering the US.

In 2017, Trump signed an executive order into law, initially imposing a ban on immigrants from Iran, Libya, Somalia, Syria, and Yemen. He later added Venezuela, North Korea, Nigeria, Sudan, Myanmar, Tanzania, Kyrgyzstan, and Eritrea to the list. The move has since received severe backlash for being religiously motivated.

Named as “No Ban Act,” the bill received 233 votes in support and 188 in opposition.

According to details, No Ban Act will also limit the powers of future US presidents to impose a ban on immigrants based on their religion as it expands the anti-discrimination provisions in US immigration law.

It will also bind the US Department of State and Department of Homeland Security to publish a report on the background details of all the people who have been denied entry into the US since the enforcement of the 2017 order.

Democrats had originally planned to table the No Ban Act in the House of Representatives in March. However, their plans were hampered because of the Coronavirus outbreak in the US.

It is worth mentioning here that the chances of No Ban Act receiving the assent of the US Senate are slim as the upper house of US Congress is dominated by the Republicans.

Even if the bill gets passed in the Senate, it would then go to Donald Trump for signing.

Experts believe that Trump won’t think twice about vetoing the No Ban Act.

In case of legislation getting vetoed by the President, the House of Representatives and Senate must vote again on the bill to override the Presidential veto with a supermajority vote, which requires a two-thirds majority in favor.