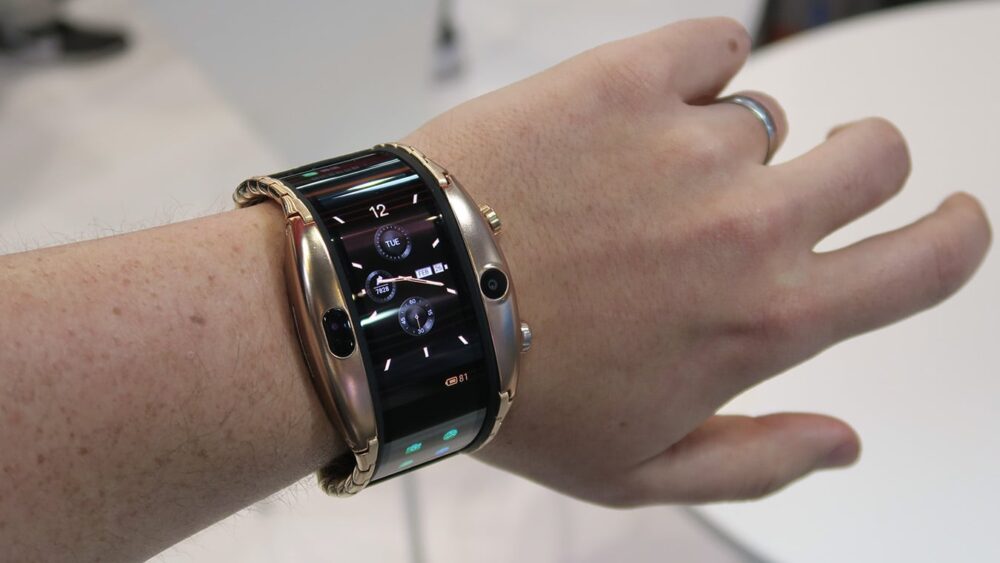 Nubia is mostly focusing on its Red Magic lineup of gaming Smartphones these days but the Chinese brand has also made a unique wearable in the past called the ‘wearable smartphone’. Now, after a year, the company is set to release another wearable which is simply called the Nubia Watch.

Teasers for Nubia Watch are starting to appear as the launch date draws near and the latest one confirms that it will have a stainless steel body. The teaser comes from Weibo and it also confirms that the Nubia Watch will be unveiled alongside the Red Magic 5S gaming smartphone. The poster only shows a glimpse from the side of the watch but does confirm a flexible OLED display alongside stainless steel + aluminum body. There is nothing else visible other than a standard rubber strap, a crown on the side of the dial, and a measurement scale for some unknown reason.

The watch’s OS remains a mystery, but since the Nubia Alpha from last year had a custom OS, we can expect the same from the Nubia Watch as well.

More teasers for the Nubia Watch are expected to appear before the launch next week, so stay tuned. The Nubia Watch will debut alongside the Red Magic 5S on July 28.