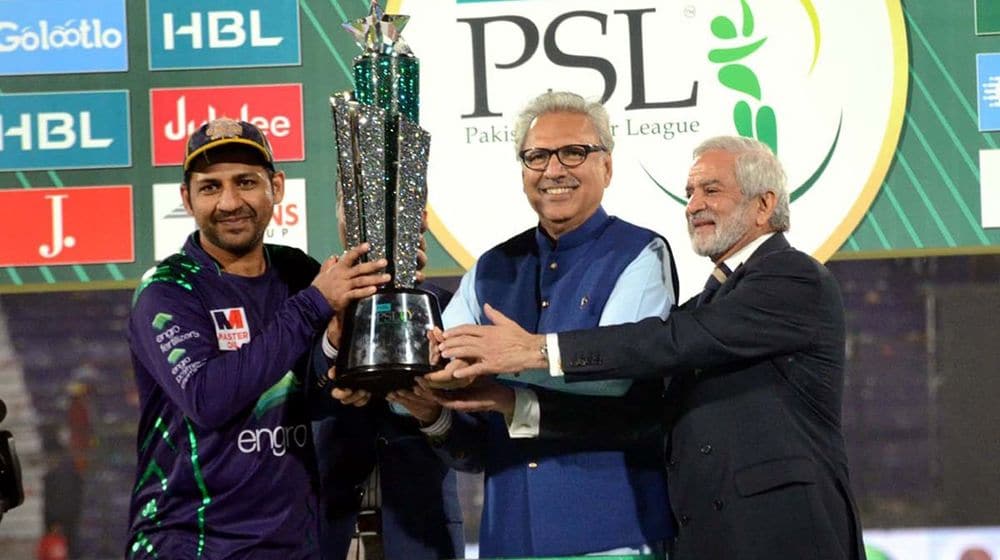 Organizing the remaining Pakistan Super League (PSL) 5 matches is a momentous task for the Pakistan Cricket Board (PCB) owing to the logistical and financial challenges it poses.

According to the reports, the remaining PSL matches are unlikely to take place despite the fact that the PCB was looking for a feasible window in November. If the matches are not held, the winner of this edition will be announced with the consensus of all the franchises.

Announcing the winner without the remaining matches will be a huge injustice for teams, Multan Sultans owner, Ali Tareen has said. He singled out Lahore Qalandars as the team that had a chance of winning the tournament, however, if the PSL is called off, they will have to start over in the next edition.

This would be a huge injustice against the teams who have qualified. Especially @lahoreqalandars who qualified after so long and had a genuine shot of winning.
IA we will all get to see the remaining games (even without foreigners). Give our local talent more chances to shine ⭐️ https://t.co/Mi5GH4arMj

In response to a Twitter post, Ali Tareen said that the matches must take place even without foreigners as this will give our local talent a chance to shine.

Earlier, it was reported that if the matches go ahead at some stage, it would result in losses worth millions to the PCB. PSL 5 was postponed after the completion of the group stage due to the COVID-19 pandemic with Lahore Qalandars making it to the top 4 for the first time.

Multan Sultans were the table-toppers whereas Karachi Kings and Peshawar Zalmi were the other teams that had qualified for the play-offs. It is worth mentioning that Quetta Gladiators are the defending champions, however, they failed to qualify for the top-4.

Which team do you think should get the trophy if the matches are canceled? Let us know in the comments section.