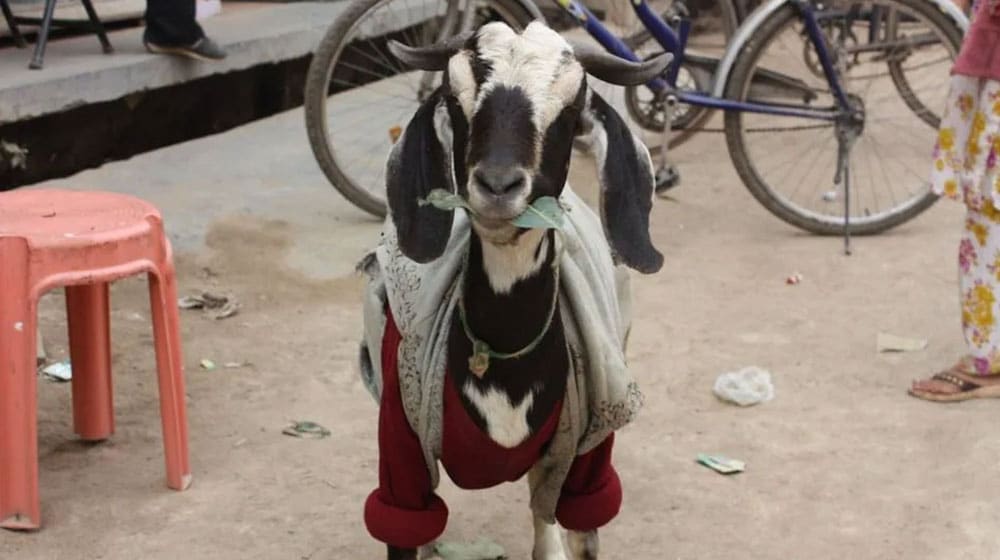 Indian authorities remain in the headlines for various reasons, but this time it’s for a ridiculous occurrence. In April, a video went viral in which a police party locked a group of young boys in a police van which allegedly had a coronavirus infected person. It later turned out to be a prank, aimed at teaching a lesson to reckless youngsters.

In another bizarre incident, the Beconganj police arrested a goat for not wearing a face mask.

Pakistan’s Trade Deficit Will Shrink in The Next Few Months: Report

According to a foreign news agency, Kanpur police arrested a goat as it was roaming around without a mask. Upon finding out about his goat, the owner immediately rushed to the police station.

The goat’s owner pleaded with the police, after which he was allowed to take the goat back. The police, however, warned him not to let the animal roam on the road.

According to the circle officer of Anwarganj police station, Saifuddin Beg, the police had found a youth without a mask, taking the goat along.

Initially, an officer who brought the goat to the police station had said that he found it violating the SOPs as the goat was walking on the road without a mask.

People are now making their dogs wear a mask so why not a goat?

Later, the police only changed its statement after it became a meme on social media.