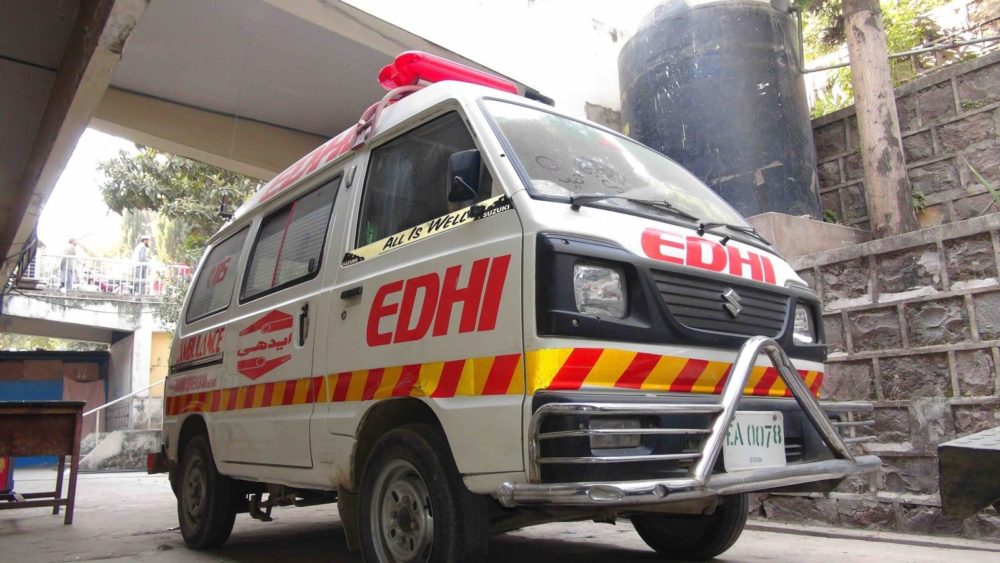 Edhi Foundation, the largest charity organization in the country, has discontinued its emergency ambulance service in Karachi due to faulty telephone lines.

The spokesperson of the Edhi foundation confirmed the development saying that the lines are out of order due to urban flooding in the port city after the third spell of monsoon rains.

Telephone lines of the Edhi Foundation are out of order due to the rains. Therefore, our ambulance service helpline 115 has been out of order which is why they had to suspend their service in the metropolis.

The suspension will continue until the PTCL lines are repaired, he added.

Meanwhile, PTCL’s spokesperson says that the lines are down due to cable cuts on several places and that the service will be restored soon.

Just like the previous two rain showers, the third spell – on July 26 and 27 – caused heavy damage to properties as several areas were flooded, wrecking the infrastructure, causing traffic jams on major thoroughfares besides taking three lives.

According to authorities, the death toll due to rains in Karachi has jumped to 11 this summer. Seven of them — including a child — were killed by electrocution.