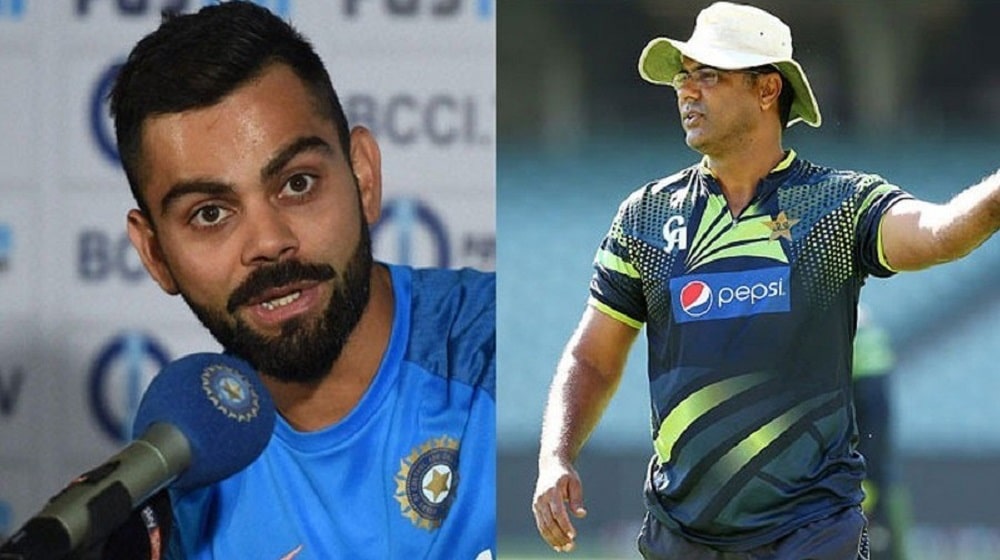 Virat Kohli ranks among the fittest cricketers around the world. Both current and former teammates and coaches have time and again heaped praise on Kohli for his fitness. Kohli’s fitness routine has not only been adopted by the Indian national team but other national teams have embraced it as well.

During an interview, Waqar asserted that Kohli has changed the game of cricket both through his bat and fitness.

Virat Kohli has evolved the game and all the formats of the modern-day cricket including T20 Cricket, one day suits him a lot and he is brilliant at test matches. But the biggest difference he brought to cricket that is followed and watched worldwide is his fitness.

Kohli has set a standard for fitness as a cricketer that is difficult to beat, Waqar added.

When asked whether Pakistani players are on a par with the fitness level of the Indian captain, Waqar said that his team isn’t far behind Kohli.

There is no doubt that there are too many fit cricketers. There are three formats when you play all three formats you have to maintain fitness standards. He (Virat) is one of the top athletes in the country. Our boys are not behind.

Waqar said that the Pakistani team has many players who are super fit such as Babar Azam and Shaheen Afridi. We will not emulate anyone but will rather adopt fitness routines that are going to suit the entire team.

Pakistani team is working hard in training camp to maintain fitness standards that are required in international cricket, Waqar concluded.

Pakistan is set to play 3 Tests and 3 T20s against England with the first Test match starting from 5 August in Manchester.