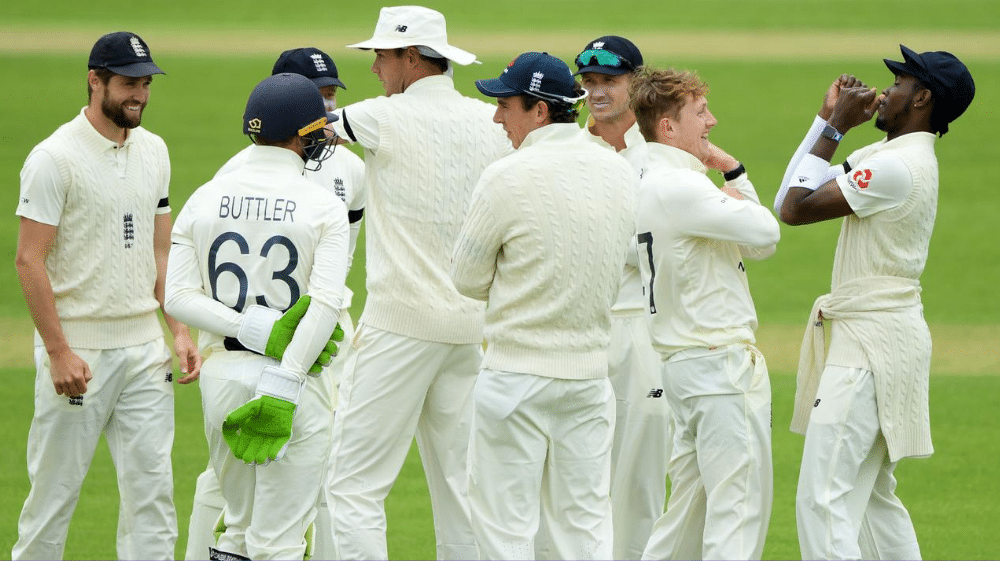 High on their 2-1 series win against West Indies, England have named an unchanged squad for the first test against Pakistan starting on August 5.

After losing the first test match to West Indies in Southampton, England roared back into the series with all-rounder Ben Stokes shining in the second to level it at 1-1 before fast bowler Stuart Broad guided the home side to victory with 10 wickets in the third match. This was the first series since Covid-19 pandemic suspended the sport back in March.

Pakistan vs England will also be held behind closed-doors in a bio-secure bubble to prevent the spread of Covid-19. Although recently, some friendly county cricket matches have been held in England with a limited number of supporters in the stands.

“Our 14-man squad is unchanged,” national selector Ed Smith said in a statement. “County cricket now restarts on Saturday, August 1. We want to have sufficient reserves inside the bio-secure test match bubble. But we may also want to give opportunities, where possible, for the reserves to play county cricket. As we seek the best balance here, England may make changes to the reserves during the three-match series against Pakistan.”

James Bracey, Ben Foakes, Jack Leach and Dan Lawrence have been named in the reserves.