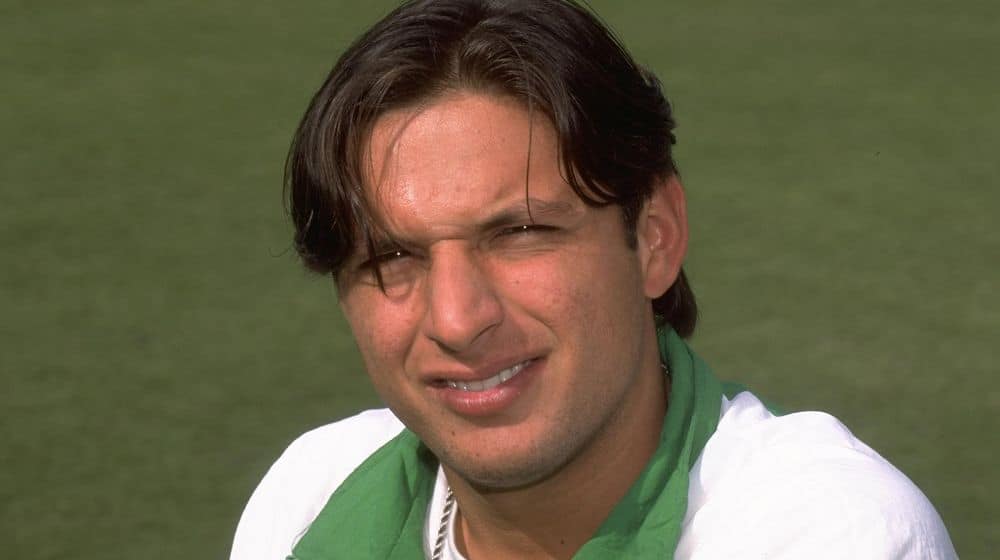 Only a few cricketers have had an impactful career like Shahid Afridi. The star all-rounder was the talk of the town in only his first international innings as he blasted the fastest-ever century off only 37 balls.

Recalling his early days, Mahmood said that Afridi got a chance when Mushtaq Ahmed got injured in the KCA Centenary Tournament in 1996 in Kenya. Afridi, who was with Pakistan A team, was called to play for the national team in star spinner’s absence.

Shahid Afridi had debuted in Nairobi in 1996 after the Sahara Cup, where I made my debut. So Mushy got injured in that series and Afridi was touring with the Pakistan A team to the West Indies and he replaced Mushy in that tournament.

Mahmood said that in those days, Sri Lanka’s Sanath Jayasuriya and Kaluwitharana used to dominate bowlers right from the start, and Wasim Akram asked Afridi to slog in the nets. That’s when Afridi announced himself as a big hitter, smashing everyone for huge hits as everyone got stunned with his power game.

In the next game against Sri Lanka, Waqar Younis gave him a bat that he got from the great Sachin Tendulkar. Afridi scored a century in just 37 balls with that bat and it remained a record until New Zealand’s Corey Anderson broke it in 2015. The record is currently held by AB de Villiers who smashed a century in 31 balls in 2015 against the West Indies.