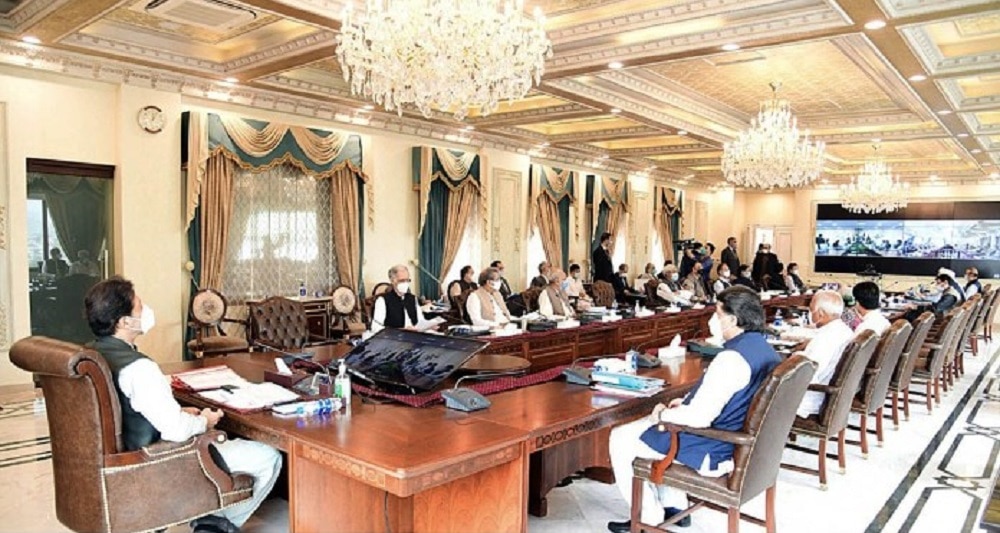 During a briefing on the situation in the financial sector and the real economy, the federal cabinet was informed that there is a positive trend of recovery in the economic process and the financial indicators are showing improvement.

The cabinet expressed satisfaction over a significant reduction in current account deficit and an increase in remittances as a result of government policies. The forum was told that the number of state-owned enterprises had dropped from 441 to 324 since the reorganization of the federal government.

The cabinet, which met with Prime Minister Imran Khan in the chair, was informed that the posts in various institutions, vacant for more than a year, had been eliminated. As a result, 71,000 posts had been abolished.

In terms of investment, foreign direct investment (FDI) in the country increased by $3 billion and has seen an increase of 7%. The cabinet was informed that out of Rs. 701 billion, allocated for Public Sector Development Programme (PSDP), Rs. 586 billion has been spent so far which will improve economic activities.

The cabinet approved the renaming of Kashmir Highway as Srinagar Highway.

The cabinet was also briefed about the progress made in civil service reforms. Dr. Ishrat Hussain, the advisor on institutional reforms, presented a progress report on the reform process in government institutions.

Explaining reforms in the Federal Board of Revenue (FBR), he said that in the light of the vision of the incumbent government, legal reforms had been introduced in the FBR by the World Bank to increase revenue and simplify the system.

The program has been approved and FBR’s automation is underway, a suitable candidate had been selected for the post of chief information officer.

The steps for rehabilitation, automation of SECP, reform process regarding Auditor General, and steps taken to facilitate business (Ease of doing business) were also presented in detail.

The cabinet was briefed on the progress made in the ongoing reforms in Railways, Waqf Property, and Civil Aviation Authority. The cabinet congratulated Dr. Faisal Sultan on his appointment as a special assistant on health.

The National Information Technology Board (NITB) chief executive officer (CEO) presented the board performance before the cabinet and apprised the members of the progress made in digital transformation.