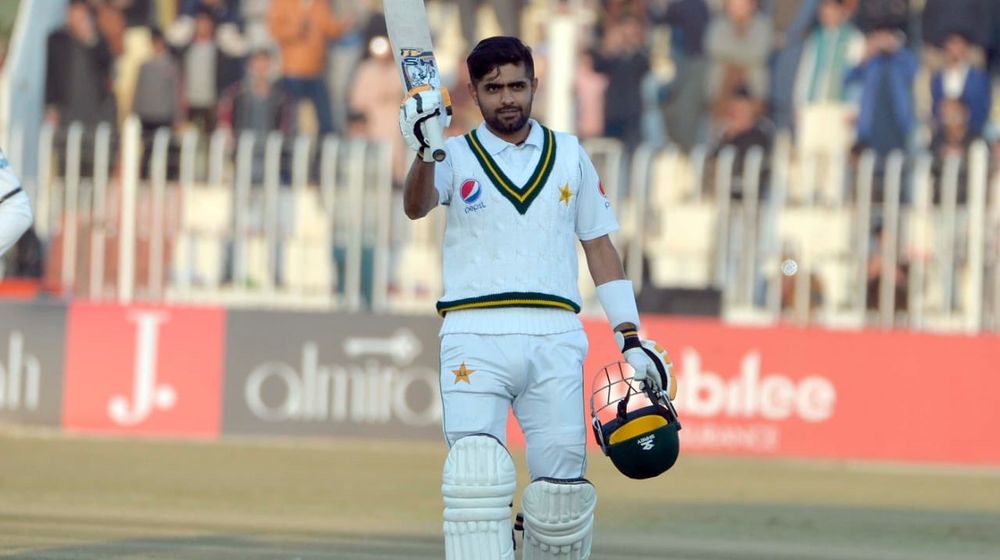 Former England captain, Nasser Hussain, is singing the praise of Babar Azam after his yet another glorious display of batting on the opening day of the first Test.

There were talks of Babar Azam making a case for himself to be included in the list of elite players of the modern era – Virat Kohli, Steve Smith, Kane Williamson, and Joe Root – and with his unbeaten half-century at Old Trafford in overcast conditions, he has impressed everyone yet again.

Nasser Hussain has said that there’s a new entrant in the list of elite cricketers and a new Fab 5 is already here.

If this lad was Virat Kohli, everyone would be talking about it but because it is Babar Azam, no one is talking about it. He’s young, he’s elegant, he’s got all the swagger. They keep going on about the fab four, it’s the fab five and Babar Azam is in that.

Babar has scored 4 centuries in his last 5 Tests and he is currently unbeaten at 69 as everyone is hoping to see another ton from the master batsman.