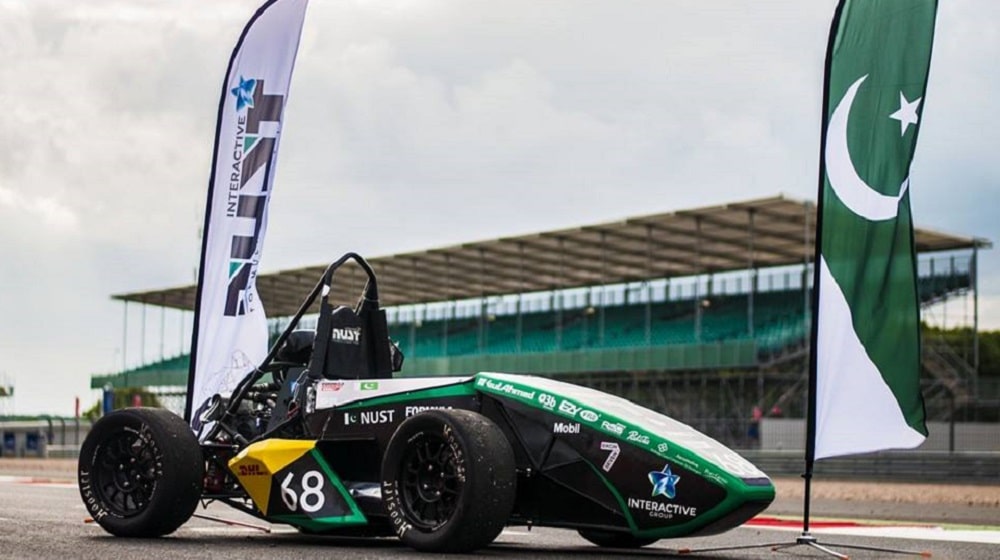 Formula Student Team of National University of Sciences and Technology (NUST) has bagged yet another award at the international stage by securing 7th position in the Formula Student UK Virtual 2020.

Formula Student UK is Europe’s most established educational engineering competition organized each year by the Institute of Mechanical Engineering, a global community of more than 120,000 mechanical engineers nurturing future engineering talent since 1847.

Wasim Akram Lashes Out at Azhar Ali Over Poor Captaincy

According to details, NUST’s Formula Student Team has earned 3rd position in both the Design and Acceleration events of the competition.

Whereas, the team won 9th position in the Skidpad event and secured a 10th in the Cost event in the Formula Student UK Virtual 2020.

A member of the NUST’s Formula Student Team has said that the team has been changing the global perception about Pakistani youngsters through its innovation.

Our six-year experience benefits us to innovate our design and portray a positive image of Pakistan’s talented youth to the world.

It aims to foster a Formula Student culture across the country to produce the optimum human resources that can enable Pakistan to be the forefront of technology.