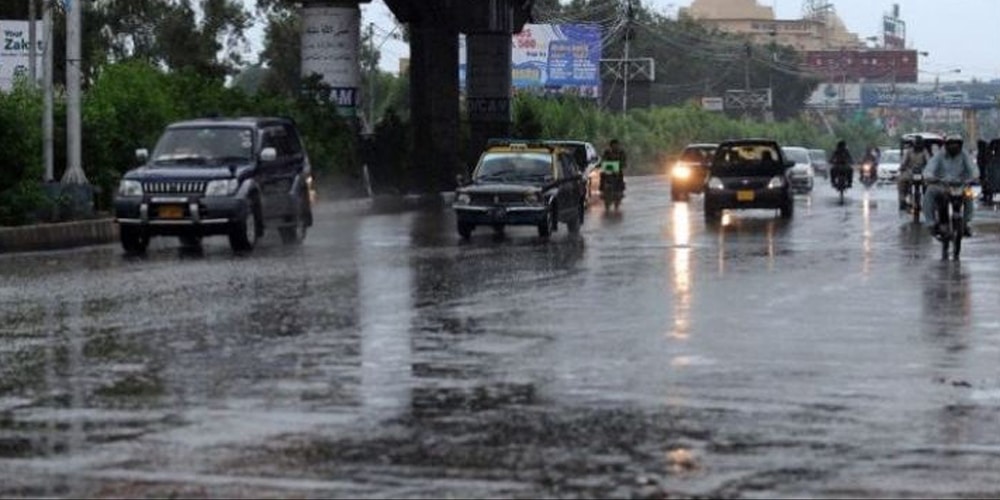 It was witnessed that Karachi lay in chaos in the aftermath of another spell of monsoon rains starting on Thursday which showed its wonder for three consecutive days.

The notification for the storm and an urban flooding warning was issued by the Pakistan Meteorological Department (MET) for Karachi and Hyderabad in which it predicted a monsoon spell in Sindh and parts of Balochistan from Thursday (August 6) – Saturday (August 8).

The notification said a low-pressure system was approaching from the Bay of Bengal. “Under the influence of this weather system, strong monsoon currents are expected to penetrate Sindh, south Punjab and eastern Balochistan from Thursday (evening/night) to Saturday.”

As of now, flooded roads, power breakdowns, toppled trees, roads choked with traffic, damaged structures, and authorities’ negligence and hollow promises – nothing was out of the ordinary for the city’s residents as heavy downpours lashed the metropolis. However, the clouds which surrounded the city for the spell were somewhat scary and adventurous for the residents at the same time. 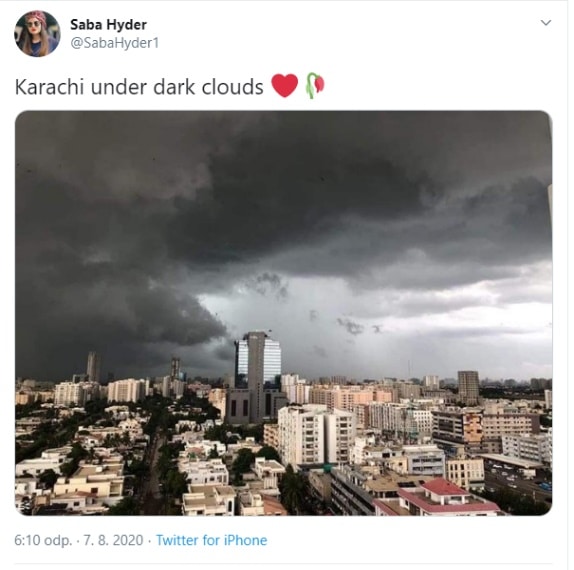 From a drizzle, it soon transformed into a torrential shower, accompanied by thunder and lightning, that continued to batter the city for as long as two hours, while some areas continued to experience intermittent showers after the initial heavy downpour. 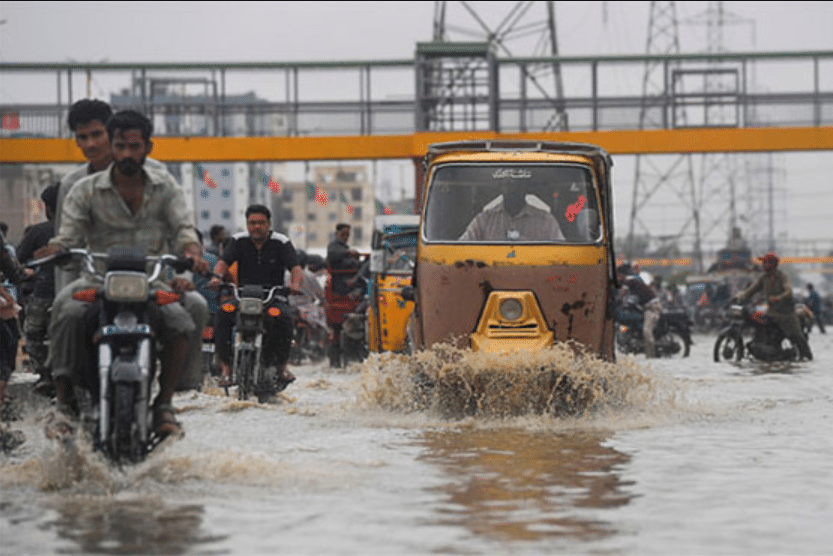 A sad fact was that the rains did not just affect the roads, but also caused damage to the citizens too. In addition to the cars stopping and their windshields breaking because of the trees falling on them, Karachi has up till now a death count of 11 due to rain.

Soon after which both the Sindh and Federal govts were seen actively working on cleaning the province’s drainage systems. Once the rain escalated, the armed forces were also seen joining the action. 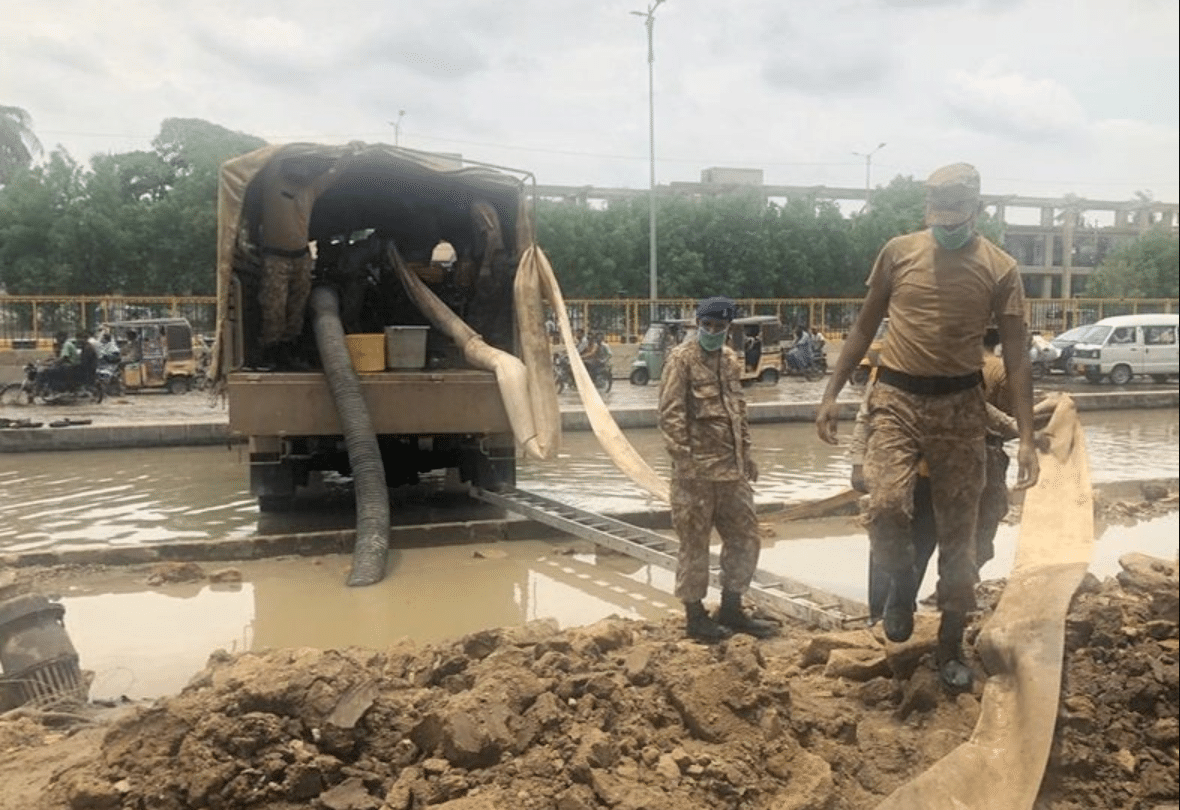 Meanwhile of all the misery caused in the city, the transport was an area which was not affected as much. While citizens adapted to the three-day consecutive rains, they did not stop their work.

Something which came as a savior in the dark times for residents of Karachi was a special new Car-Type called “Go Rain” introduced by Careem. 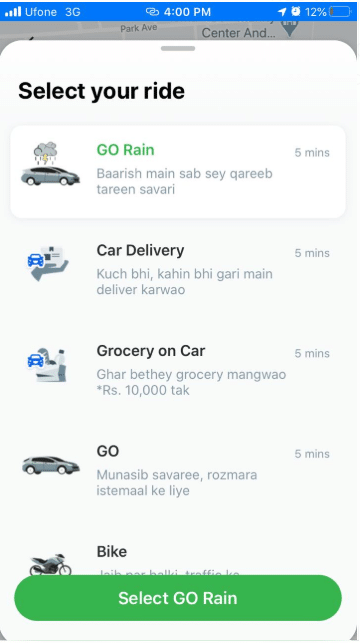 The objective was to facilitate the citizens in a way rain wouldn’t stop their daily commute regardless of the water and flooding. Hence, citizens want to find a quick ride in such extreme weather conditions, could simply book GO Rain, and find a ride with the lowest ETA possible.

While looking at it from a layman’s perspective, Captains (ordinary citizens) who wished to earn money by risking their cars in these extreme conditions choose to drive whereas people in need of transport could avail and benefit from the facility regardless of the weather.

This quick addition to Careem’s car type was something which also appreciated by the customers regardless of a premium charged on the service. Careem, which is widely recognized for catering to the transport infrastructure of Pakistan, once again continued to simplify the lives of its consumers.

The PMD has further predicted that Karachi will see 100 millimeters (mm) to 120mm of rain during the three-day spell, which is expected to end tonight. It is almost about the end however different parts of the Sindh are still witnessing slow to heavy rain spells periodically.

To sum it up, one can safely say that the build-up against MAHI-2020 did not disappoint Karachi. Regardless of the damage done by the rain, the citizens desperately await the upcoming spell of rain expected this week.