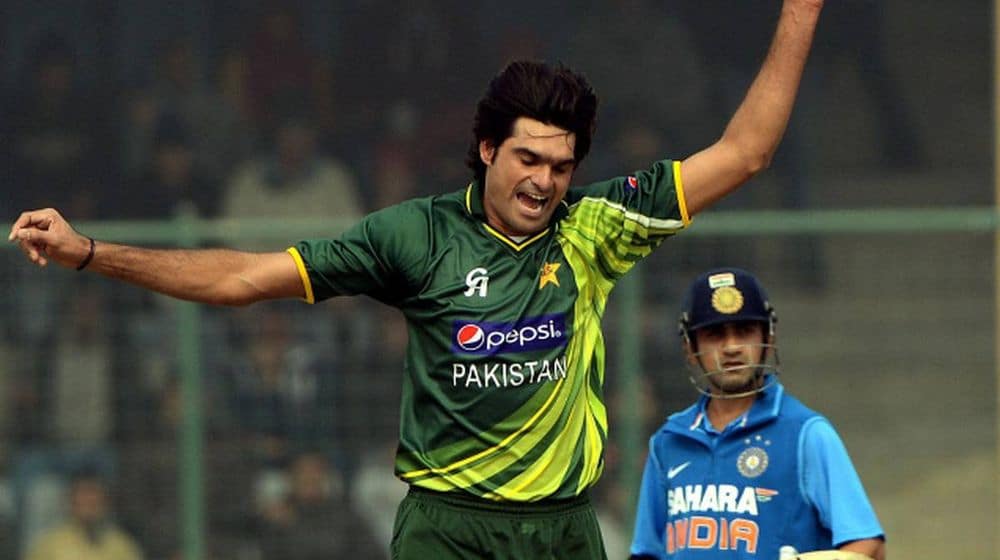 Left-arm fast bowler, Mohammad Irfan, has narrated an incident from his first tour to India in 2012-13 where he shocked everyone including Virat Kohli with his extreme pace.

Talking to a local sports presenter, the 7 feet 1 inches tall cricketer said that everyone expected him to bowl medium pace, adding that they were only concerned about his height.

Virat Kohli, who was in the dugout, later told Irfan that their coaching staff expected speeds of around 130-135 kph.

Virat Kohli told me that the coaches next to him had said to him that I bowl at 130-135 kph only. It’s just that I am tall and will get some bounce but he will survive easily.

Virat was awe-struck when Irfan bowled deliveries at around 150 kph, abusing the staff next to him for not clearly saying that the pacer bowled with express pace.

So when he was sitting with his pads on, he saw that I delivered the first ball at 145-146 kph. So he thought there might be some issue with the speed gun. And then I bowled at 147 kph, so he told me that he asked his coach if he was telling a lie or there was some issue with the speed gun. Virat Kohli told this to me face to face. And when I bowled the next one at 148 kph, he told me that he abused the person next to him asking what sort of medium fast bowler I was, as I was bowling at 150 kph.