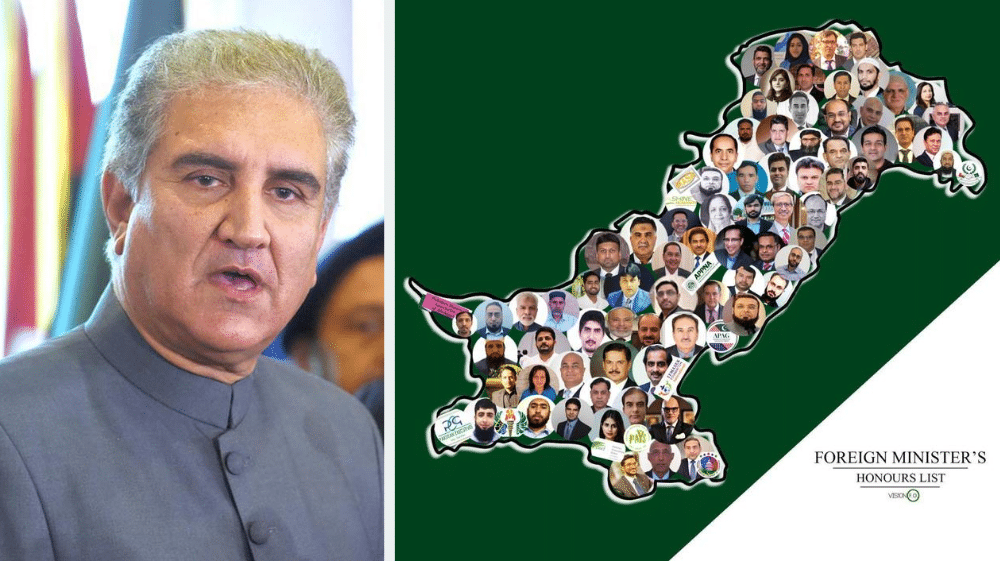 Foreign Minister Shah Mahmood Qureshi has announced an honors list for overseas Pakistanis, appreciating them for their services in the battle against the global coronavirus pandemic. The “Foreign Ministers Honors List” includes 86 Pakistanis from around the world and they were selected under various categories.

The minister, on the occasion, said that Pakistanis included in the Honours List improved the country’s image through their valuable services. They proved themselves as true ambassadors of Pakistan through their acts and attitude. 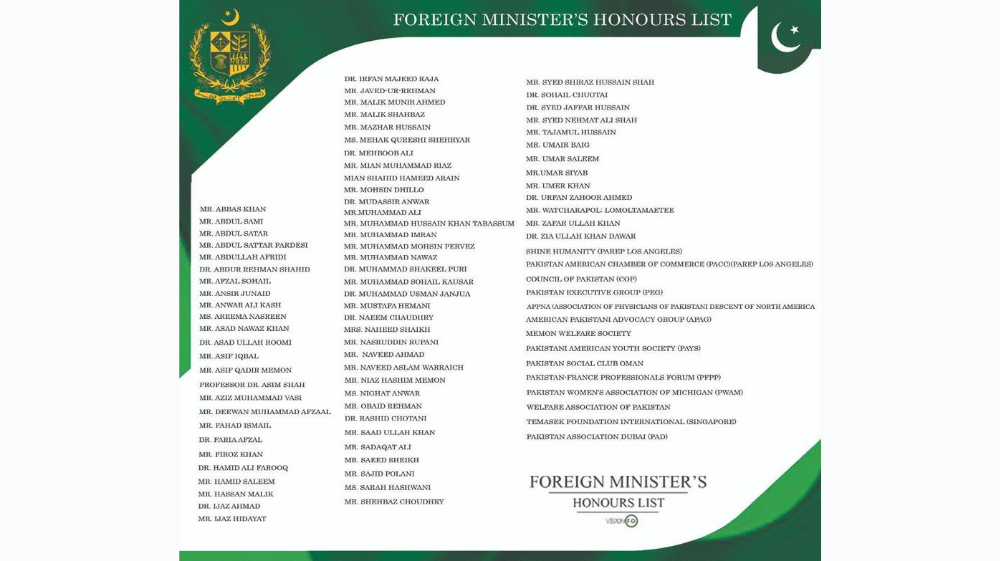 There were 4 main categories in the list. In the first category were people who risked their lives during the pandemic and died in the service of humanity. In the second category are health workers and doctors who rendered exemplary services, in the third are those involved in relief efforts during the pandemic.

The fourth category featured overseas Pakistanis who worked with Pakistani embassies around the world to serve the Pakistani community, the fifth category included overseas social organizations which aided expatriates in different countries.

The following are some of the exemplary people in the honors list: 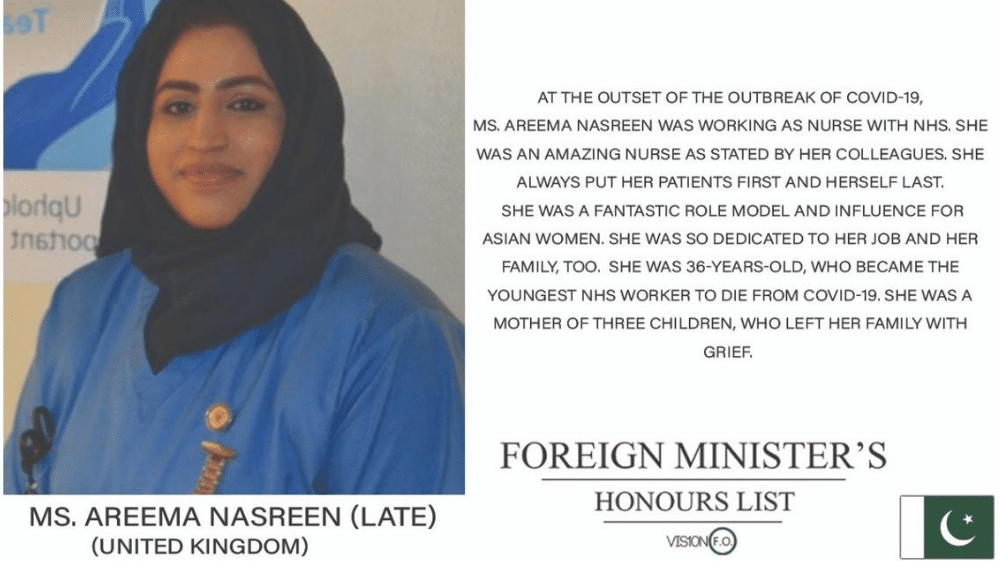 Ms. Areema Nasreen was working as a nurse with NHS in the United Kingdom. At the forefront of the global pandemic, she was a true fighter and a fantastic role model for the people around the world. 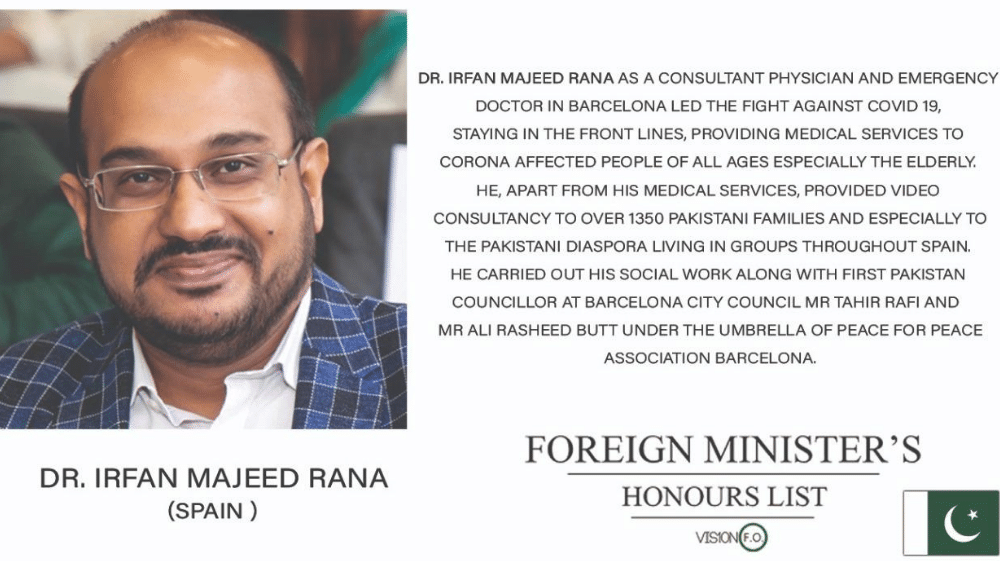 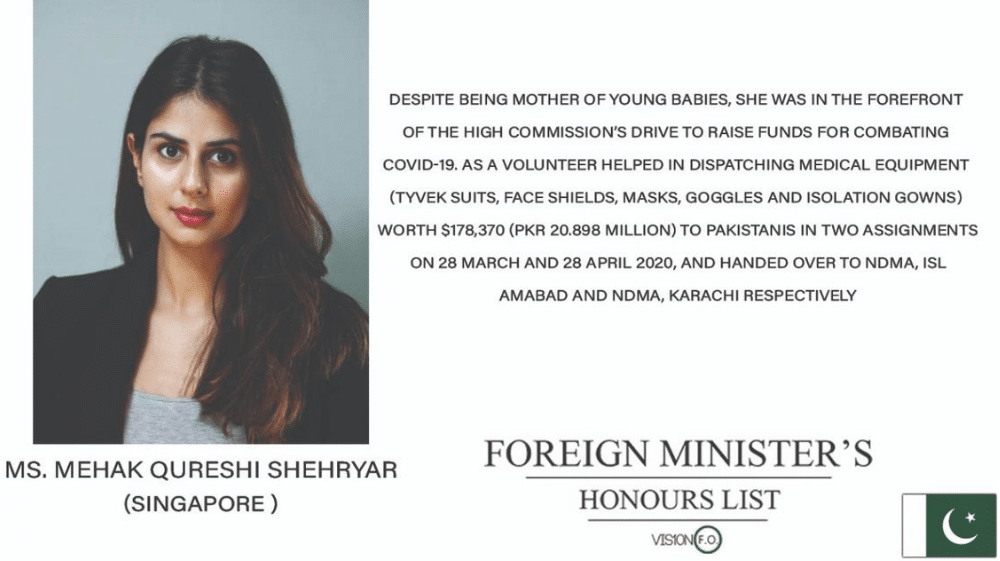 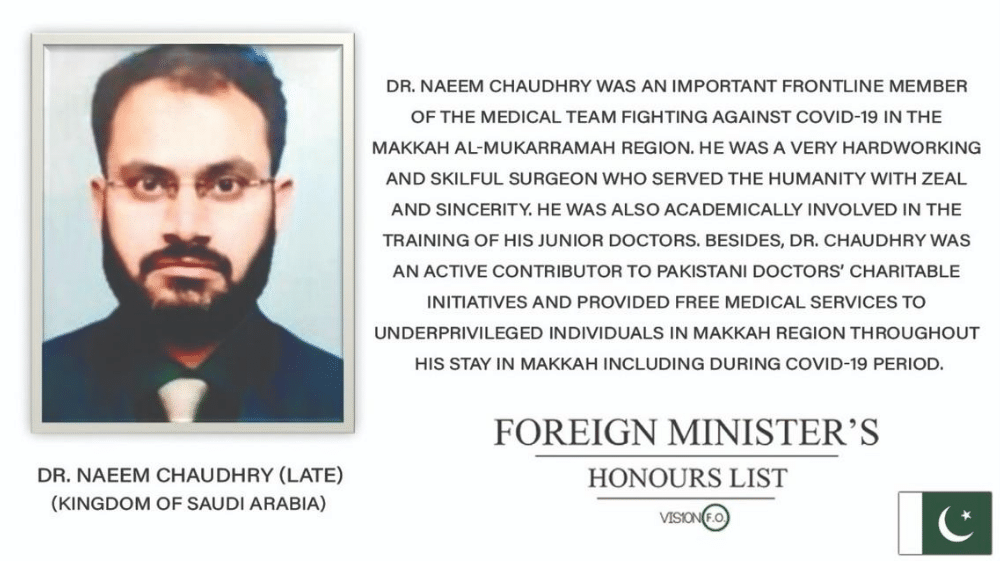 Dr. Naeem Chaudhary was at the forefront of the fight against Covid-19 in the Kingdom of Saudi Arabia. 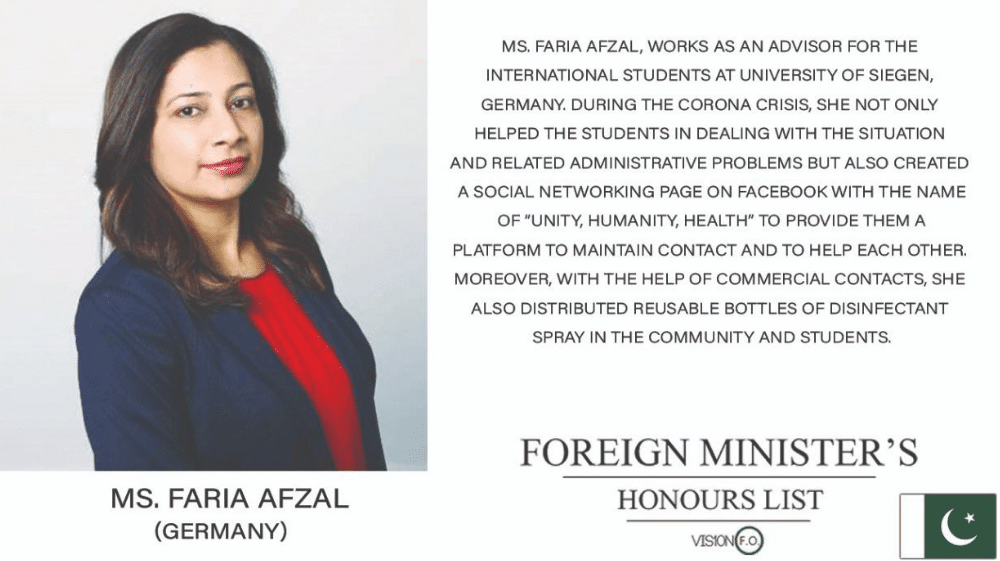 Ms. Faria Afzal works as an advisor for International Students at the University of Siegen, Germany. She helped students during the global pandemic. 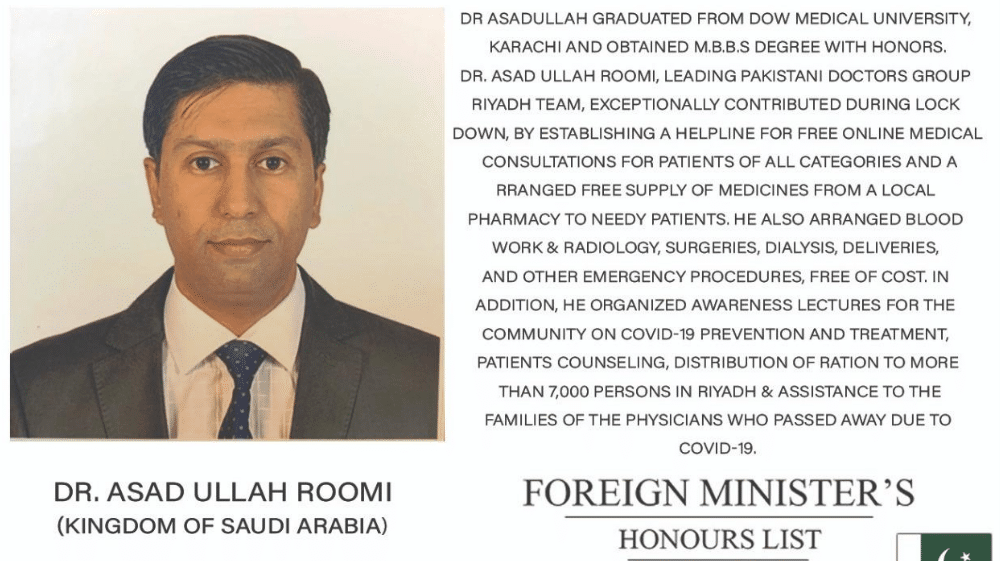 Dr. Asad Ullah Roomi resided in the Kingdom of Saudi Arabia helped by establishing a helpline for free medical consultations for patients.