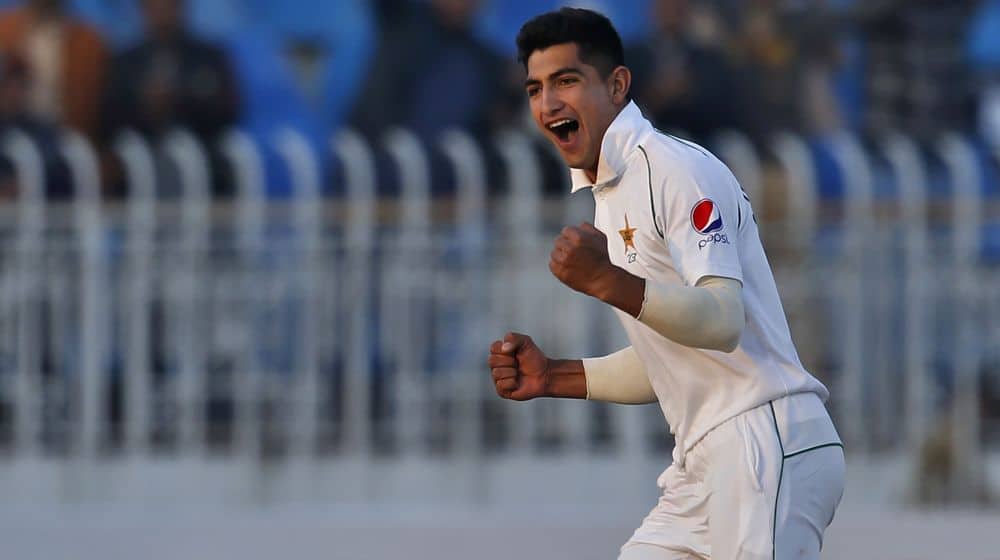 Sohail Tanvir has said that rookie pacer he rates Naseem Shah very highly, however, he can’t win Test matches for Pakistan at this stage of his career. The team management has to be patient with the youngster, adding that he expects Naseem to serve Pakistan for a long time.

At a very young age, he knows the art of bowling and has the ability to swing the ball both ways. But still he is immature and you can’t expect him to win Test matches for Pakistan right now.

“I rate Naseem very highly in red-ball cricket. However, he still needs to work on his game in white-ball cricket. International cricket is a different ball game. However, Naseem has all the elements required in a good fast-bowler”, he further said in an interview with a local cricket website.

This Bowling Duo Can be the New Wasim & Waqar for Pakistan: Ex-England Captain

Talking about his own selection, the 35-year-old said that he is still hopeful of a comeback, saying he has been performing consistently despite being out of the team for 3 years now. Players should be picked on performance and not age, quoting the examples of Shoaib Malik, Wahab Riaz, Sohail Khan, and Mohammad Hafeez who are in the team despite their age.