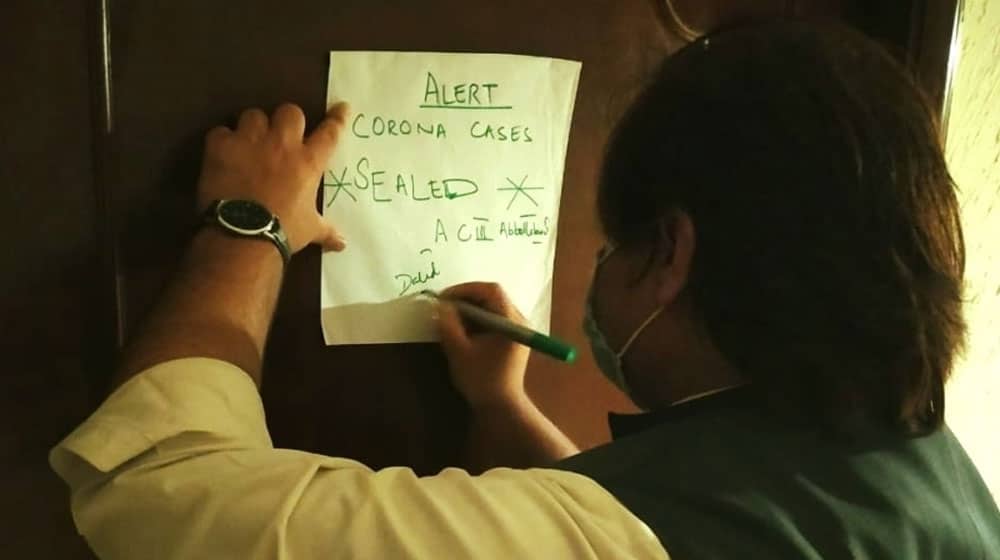 The Mansehra district administration has sealed all hotels in tourist spots of Naran, Kaghan and Shogran after staff members of different hotels tested positive for the novel coronavirus.

Authorities have sealed 48 hotels (including 22 main businesses and their branches), restaurants, and hostels after at least 47 staffers tested positive during random testing.

Mansehra Additional Deputy Commissioner, Maqbool Hussain, said that those infected have been quarantined at the hotels, while the restaurants have been sealed for at least two weeks. The health officials are tracing those who had come into contact with them.

KP Govt. to Build Picnic Spots At All Small Dams

Hussain said that the hotels will remain closed until the situation is under control.

Meanwhile, the Kaghan Development Authority (KDA) has suggested imposing a smart lockdown in five hotels and restaurants in Naran after staff tested positive, instead of closing down the entire city.

KDA Deputy Director Mazhar Hussain said that the authority had no choice but to seal the hotels where staff members tested positive for Covid-19.

Many employees tested positive for the infection, leading to the sealing of the hotels.

The letter identified that some of the restaurants and hotels had reopened a day after they were sealed, which may lead to the spread of the virus.

Hussain feared that if these businesses remain open, the tourists may contract the virus and carry it back to their native cities.

It is proposed that a ‘smart lockdown’ [be imposed] on the hotels/restaurants to avoid the spread of Covid-19.

The coronavirus cases in tourist spots of Khyber Pakhtunkhwa (KP) have seen a spike ever since the smart lockdown was lifted, and the tourist destinations were opened for visitors.

Subsequently, authorities in Malakand and Hazara division have launched large-scale random testing of tourists and staffers as part of the SOPs.

After reopening of tourism spots, a total of 372 new cases were reported from the Haraza division in the last 12 days, as compared to 137 cases during the corresponding period before the lockdown was lifted.

On the other hand, the number of infections in the Malakand division has declined despite an influx of tourists. The data shows that more than 627,000 tourists entered Hazara and Malakand divisions since the revival of tourism post-COVID-19 lockdown.