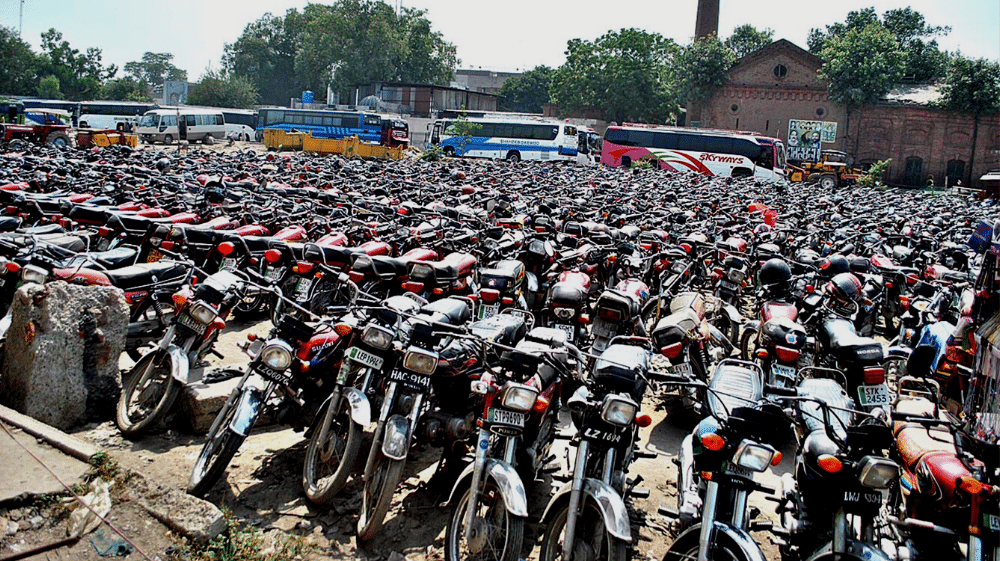 Three people have been arrested by the police for their involvement in stealing motorcycles in Gujranwala. The robbers used women to assist them, paying them around Rs. 3000 to Rs. 5000.

According to the details provided by the police, the three people were identified as part of Ali Raza’s gang. They stole motorcycles from Gujranwala and sold them in Faisalabad and Nankana Sahib areas of Punjab. Police say that they have recovered six motorcycles and Rs. 500,000 from the robbers.

Police across the country have been active in catching motorcycle robbers, recently a six-member gang involved in looting motorcycles was arrested in Karachi. The motorcycles were sold for a cut-price rate of Rs. 12,000 to Rs. 16,000 in different areas of Sindh and Balochistan.

According to the police, the six-member gang was part of a ring led by Sartaj Laghari and Ambo Brohi. The gang has been involved in motorcycle theft since 2011 and has stolen more than 800 motorcycles.