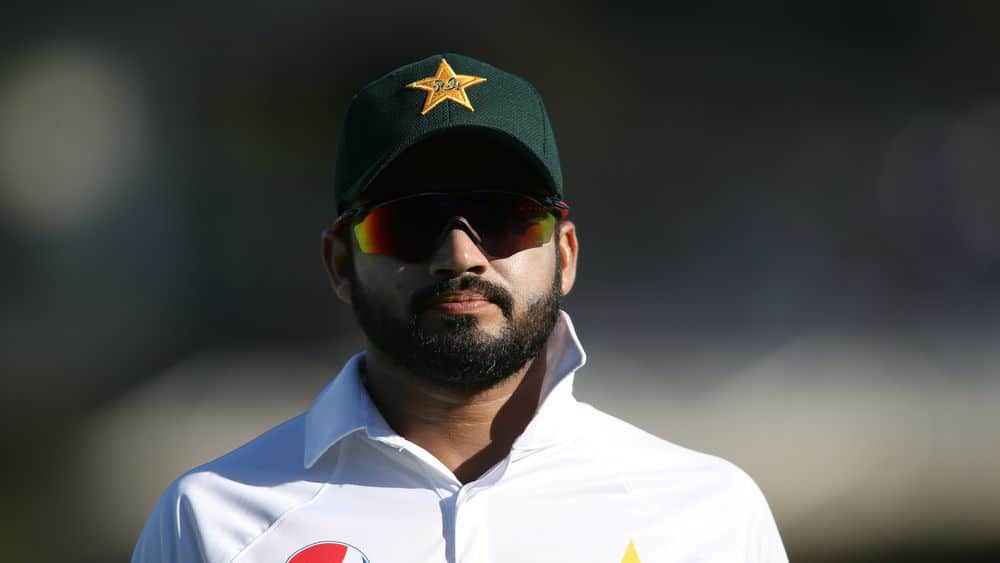 Test captain, Azhar Ali, has said that quitting captaincy never crossed his mind after his side’s 1-0 loss against England in the recently concluded 3-match series.

The 35-year-old faced criticism from former cricketers especially after his defensive captaincy that cost Pakistan the first Test match despite being in a winning position. In the post-series virtual press conference, the Test skipper said that the loss was blamed entirely on him.

When asked whether he would step down as leader of the side, he said:

There were tough times when we lost the first Test, and it was blamed entirely on me. It was not easy but I focused only on how we could turn the series around, with my own performance and performance from the entire team. No such thought was in my consideration.

Lamenting the loss in the first Test at Manchester, Azhar said that Pakistan would have won the series if not for one bad session.

The first Test match cost us, of course. If we’d won that match, we’d be sitting here as series winners. The disappointment will remain because we missed our opportunity. Credit goes to England for performing well under pressure.

The top-order batsman turned things around in terms of his own batting, scoring a remarkable 141* in the final Test after a poor run in the initial part of a series yet again.