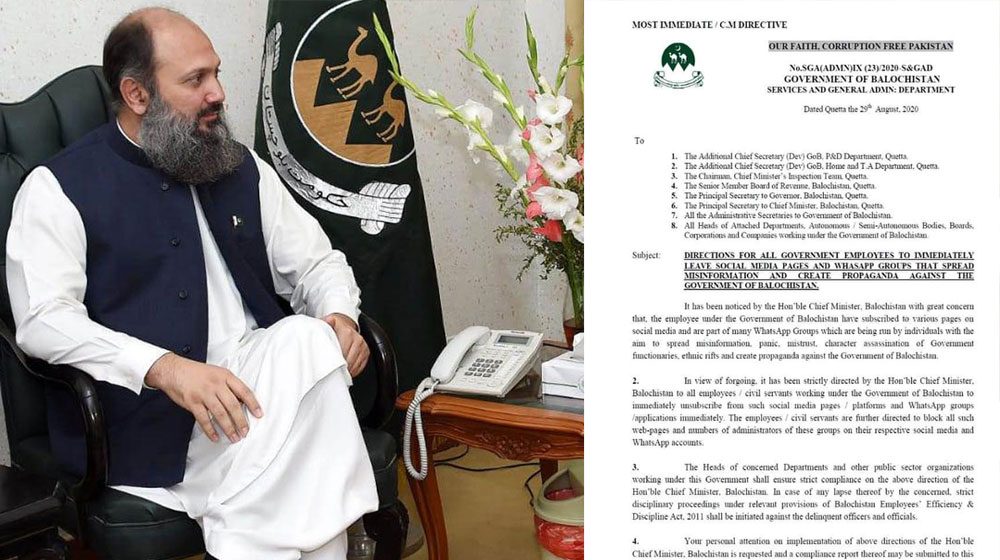 The government of Balochistan has directed its employees to immediately leave Facebook pages and WhatsApp groups that are spreading fake news against the government.

A notification issued by the Services and General Administration Department said that Chief Minister Jamal Kamal has noticed that employees under the provincial government have subscribed to various pages on social media, or are a part of WhatsApp groups that spread misinformation and false propaganda against the government officials.

These pages are run by individuals who have an agenda against the government of Balochistan and are involved in maligning government functionaries, citing ethnic violence in the province, said the notification.

It directed all employees under the provincial government to immediately leave these pages and groups or face strict action.

The Chief Minister also directed to block these social media pages and the administrators and their respective social media and WhatsApp groups.

He has ordered the heads of concerned departments to ensure the implementation of these directives and submit a compliance report in the next three days.

In case of non-compliance, action shall be taken against them under the Balochistan Employees Efficiency & Discipline Act 2011.