According to the State of Industry Report 2019 published by the National Electric Power Regulatory Authority (NEPRA), Pakistan’s total installed power generation capacity increased to 39,145 MW as against the 35,979 MW of 2018.

OGDC Makes Another Gas and Condensate Discovery in Kohat

Of the total 39,145 MW, the combined power generation capacity of Pakistan Electric Power Company (PEPCO) and National Transmission & Despatch Company (NTDC) increased to 36,061 MW in comparison to the 33,096 MW of 2018.

Here is a complete breakdown of the total power generation capacity of 2019. 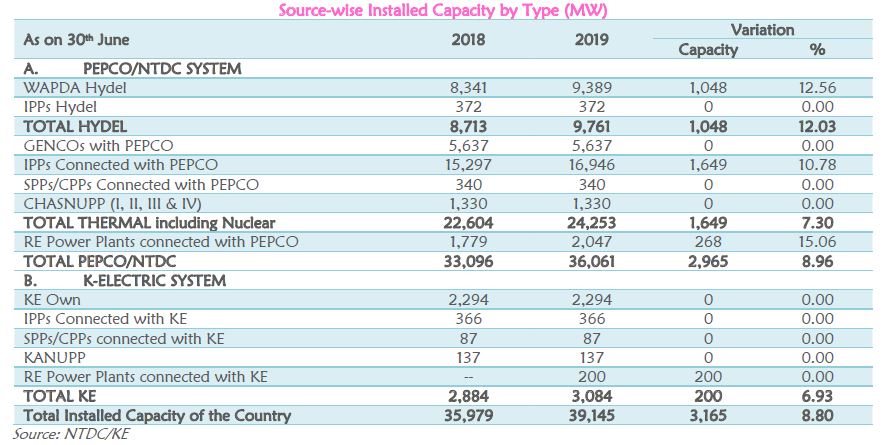