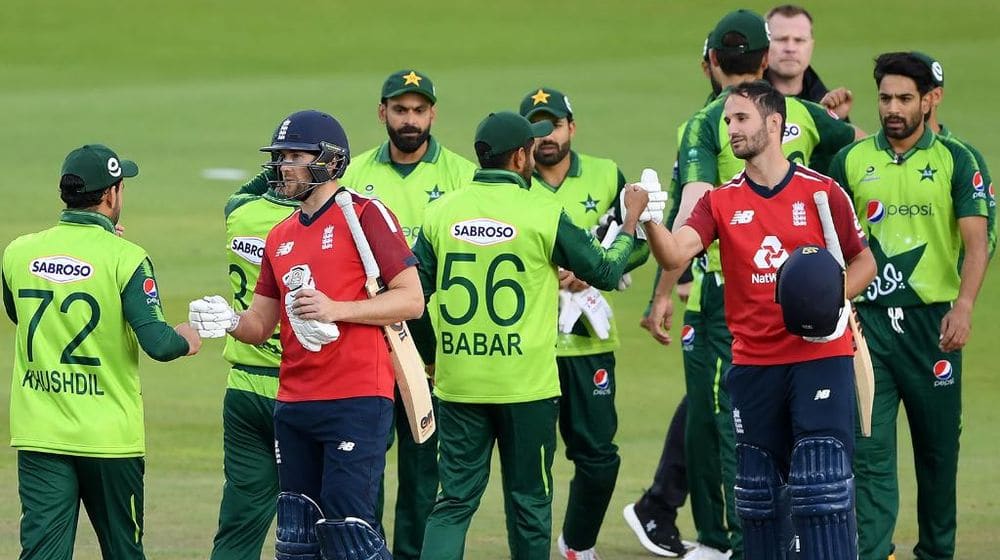 England opener, Tom Banton, and Pakistan’s experienced middle-order batsman, Mohammad Hafeez, have made significant gains in the ICC Men’s T20I Player Rankings after their fine showing in the three-match series that ended in a 1-1 draw on Tuesday. Babar Azam continues to occupy the top spot with 869 points.

In the latest rankings, England remains in second position and Pakistan fourth in the list led by Australia.

Banton’s tally of 137 runs, including a knock of 71 in the washed-out opening match, saw him gain an astounding 152 places to reach 43rd position. Hafeez took the spot behind him, moving up from 68th to 44th after topping the series with 155 runs including a player of the match effort of 86 not out in the final match.

Dawid Malan, who enjoyed a career-best ranking of second in November last year, moved back into the top five after aggregating 84 runs in the series while Jonny Bairstow also gained one place to reach a career-best 22nd position.

Pakistan leg-spinner Shadab Khan’s five wickets, including a haul of three for 34 in the second match, have lifted him one place to eighth position.

Tom Curran of England and Shaheen Afridi of Pakistan have both moved up the list to take a joint-20th position. Curran has gained seven slots and Shaheen 14 places after picking up two wickets each in the series. Wahab Riaz (up 18 places to 107th) and Haris Rauf (up 25 places to 157th) were the others to gain in the latest rankings update.

What are your thoughts on the latest rankings? Let us know in the comments section.