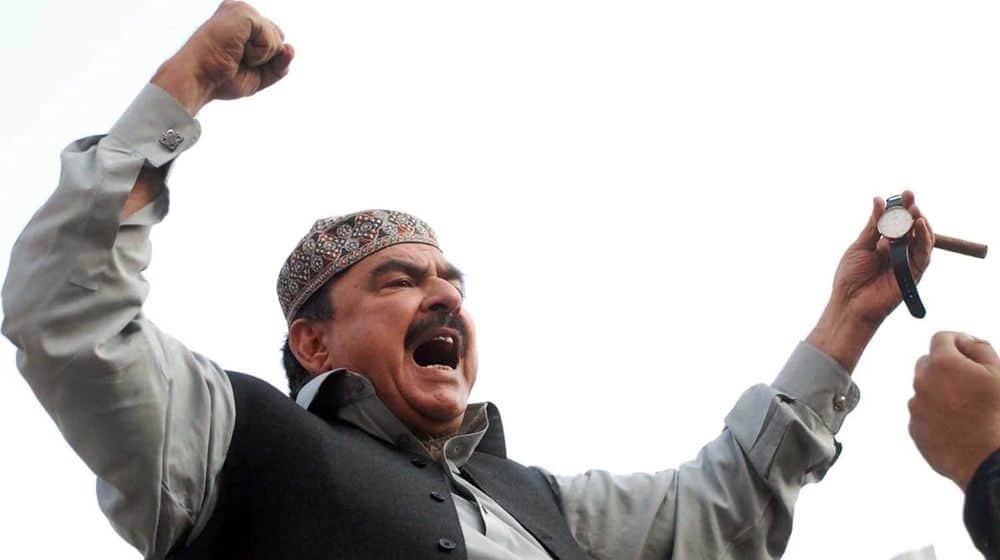 Federal Minister for Railways, Sheikh Rasheed, has claimed that he is under the spell of spirits. The lawmaker said this at the launch ceremony of his book, ‘From Lal Haveli to United Nations’, adding that people have been making fun of his predictions.

Sheikh Rasheed, who is also the author of ‘Farzand-e-Pakistan’, has been a prominent name in Pakistani politics for 50 years now.

The launch ceremony was attended by Governor Punjab, Chaudhry Mohammad Sarwar, Punjab Law Minister, Basharat Raja, and other notable names who lauded the role of Sheikh Rasheed in the country’s politics.

Addressing the ceremony, Governor Punjab said that Sheikh Rasheed had predicted his entry into politics 40 years ago and it has come true. He, however, admitted that his heart has grown weak after entering politics.

In response, Shiekh Rasheed said that although people don’t believe what he says, it becomes true later on. He chirped, “I am revealing it today that I’m possessed by supernatural forces” which is the reason behind his predictions coming true.