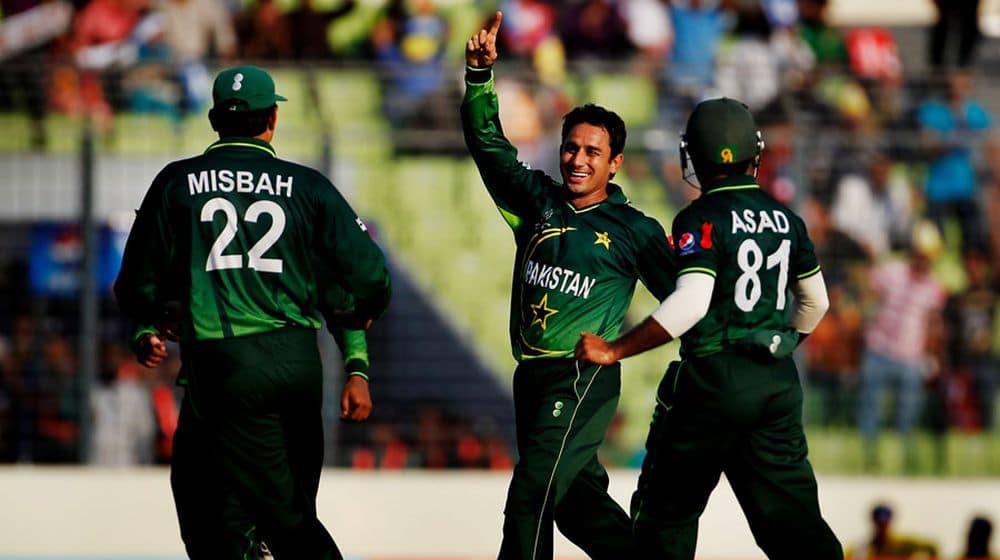 It was this controversial decision that ended Pakistan’s journey in the World Cup and India went on to clinch the title for the second time in history.

The star batsman was given out LBW by Ian Gould, however, the decision was reverted after Tendulkar decided to use Decision Review System (DRS). Reflecting on the controversy, Saeed Ajmal recently opened up, saying there was a clear delay in the decision as if the ball’s trajectory was altered before showing it onscreen.

I still believe that Tendulkar was out. I am not sure whether they made any alterations to the replay but there was a clear delay in the decision.

Gautam Gambhir, who was batting at the other end, also agreed with the umpire’s decision, urging the Little Master not to waste a review on such a plumb LBW appeal.

Tendulkar approached Gambhir who advised him not to challenge the decision as he will be given out if the ball even clicks the stumps. But he took the chance as it was an important wicket and the review went against us.

The ball was shown to be missing the leg-stump, making everyone wonder how a ball that was going to hit middle and leg stump missed the wickets entirely. Ultimately, Tendulkar made a match-winning 85 and was adjudged the man of the match.

In the past, Ian Gould has also shared his viewpoint on the controversy, saying he would again give it out on any day, no matter whether it’s Tendulkar or some other legendary cricketer.

When I gave him out at Mohali, I think this is out. I will sit here and guarantee you, if I see it again, I’d still give it out, simple as that. He talked to Gambhir and looked like he was going to walk out, and I’m thinking thank God for that, then he spun on his heels and made that T sign and the world stopped.

These are the Most Followed Pakistani Cricketers on Social Media

“All I saw was a quicker ball from Ajmal and it thudded into the pads and went to square leg. It was just right, he’s out. Sorry, you’re out. I don’t care who you are, Sachin or anybody, you’re out. I was 110% confident when the referral was made that the batsman was out,” he added.