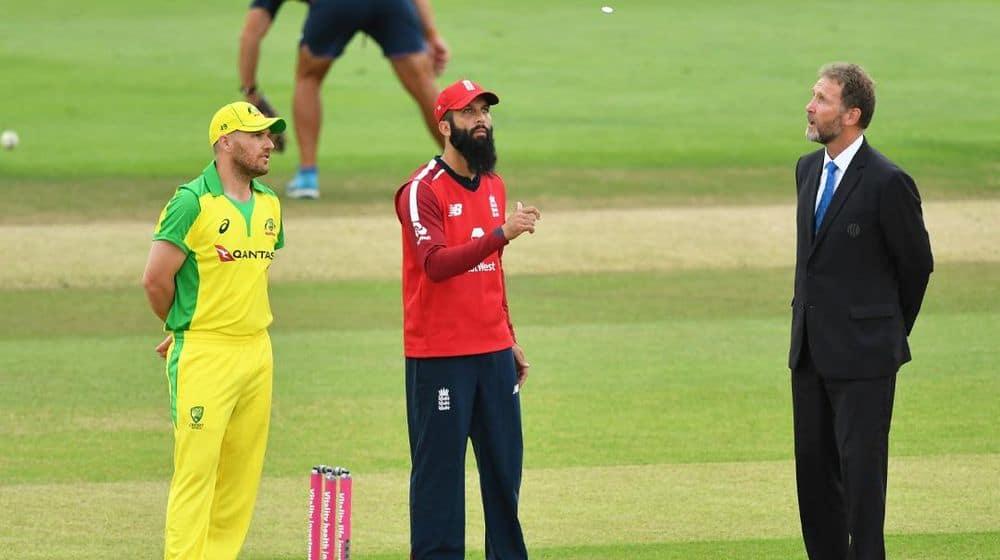 Moeen Ali has registered his name in the record books by becoming the first Asian-born cricketer to lead England’s T20I team. The 33-year-old captained England in the 3rd T20I against Australia on Tuesday.

Moeen debuted for England back in 2014 and since then, he has been a regular feature in the team especially in limited-overs formats. Born in Birmingham, Moeen Ali is of Pakistani descent with his paternal grandfather hailing from Mirpur, Azad Kashmir.

Moeen was asked to captain the team in the absence of regular skipper, Eoin Morgan, who missed out due to an injury. Australia’s Aaron Finch won the toss and put England in to bat first in Southampton.

Moeen Ali XI posted a meager total of 145/6 in their 20 overs as Jonny Bairstow top-scored with 55. Australia got over the line in the final over following a cautious 39* from Mitchell Marsh who was awarded the man of the match. The hosts clinched the series 2-1 as Australia retained the top spot in the ICC rankings.

Renowned commentator, Nasser Hussain, has also been a regular captain for England in both Tests and ODIs. Nasser was born in Chennai, India, and has represented England in 96 Tests and 88 ODIs.