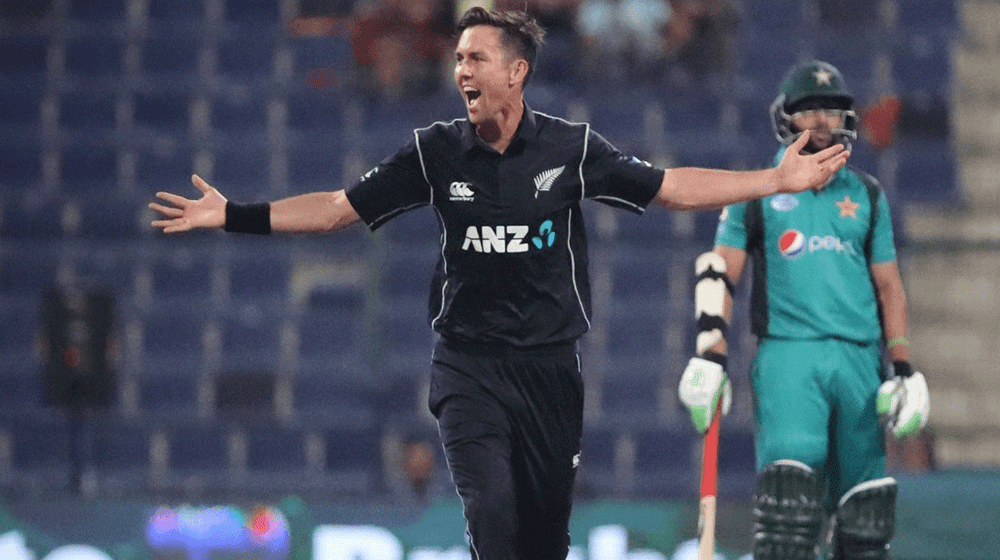 Pakistan legend Wasim Akram’s swing bowling left an indelible impression on many cricketers in their childhood and Trent Boult, New Zealand’s ace bowler, is one of them.

During a QnA session on Instagram, Boult was asked about the inspiration behind him becoming a fast bowler.

The 31-year old pacer responded with a picture of Wasim Akram in the iconic 1999 World Cup kit and wrote:

I have a lot of idols but this guy definitely inspired me to swing the ball! No one could move the ball like he could!

Boult has time and again heaped praise on the Sultan of Swing for what he has achieved during his career.

Last year, the International Cricket Council (ICC) shared a video message on Boult’s 30th birthday in which he admitted that he considers himself lucky to have met Wasim Akram a few times.

What are your thoughts on Trent Boult’s remarks? Let us know in the comments section.