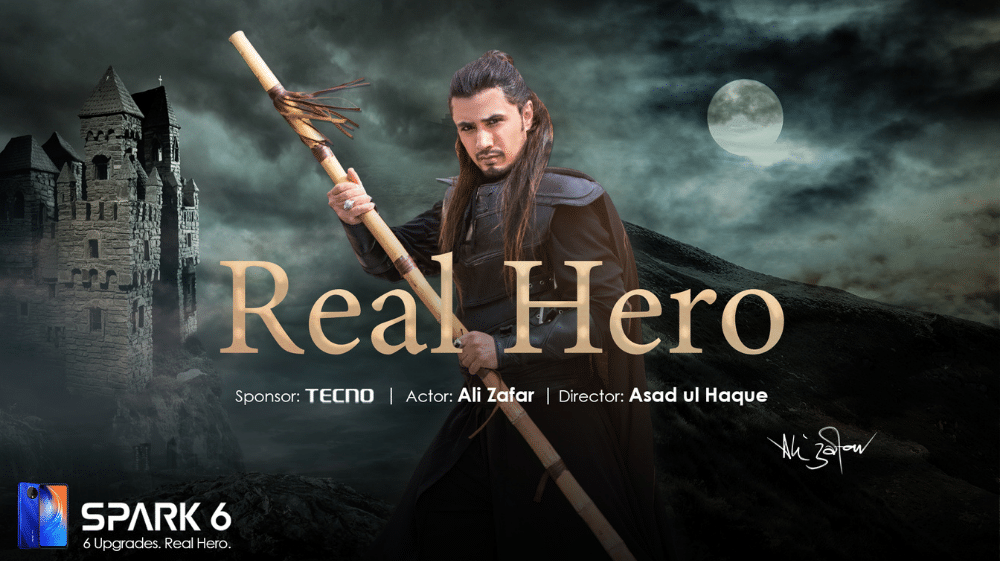 Tecno has unveiled Ali Zafar as the new ambassador for their all-new Spark 6 and has also signed him on for a short film “Real Hero”. The phone maker unveiled Ali as the “Real Hero” on their social media platform and that sent the fans into a frenzy.

This comes as a breath of fresh air especially considering that most Pakistani brands are hopping on the Ertugrul bandwagon to promote their products.

The advertisements released by Tecno show Ali Zafar in a warrior get-up which looks a bit too similar to Ertugrul. Judging by the reactions on social media, fans look really excited. Here’s how the people reacted to Tecno’s announcement:

Waiting for this action film 😍#AliZafarTecnoAmbassador

Some people mistook the advertisement as a remake of Ertugrul:

Pakistan is making any local version of #Ertugrul ?

…and the replies are hilarious.

The reaction from the fans has reaffirmed the star power of Ali Zafar and it helps in promoting the local talent, highlighting that there’s more to see other than Ertugrul and its stars. By the looks of it, Tecno has created a buzz around social media by announcing this short film and Ali Zafar as the brand ambassador.

Tecno Spark 6 is the successor of the highly successful Spark 5 and will feature upgraded specifications and a newer processor. The phone will be unveiled in the near future, stay tuned for more updates.