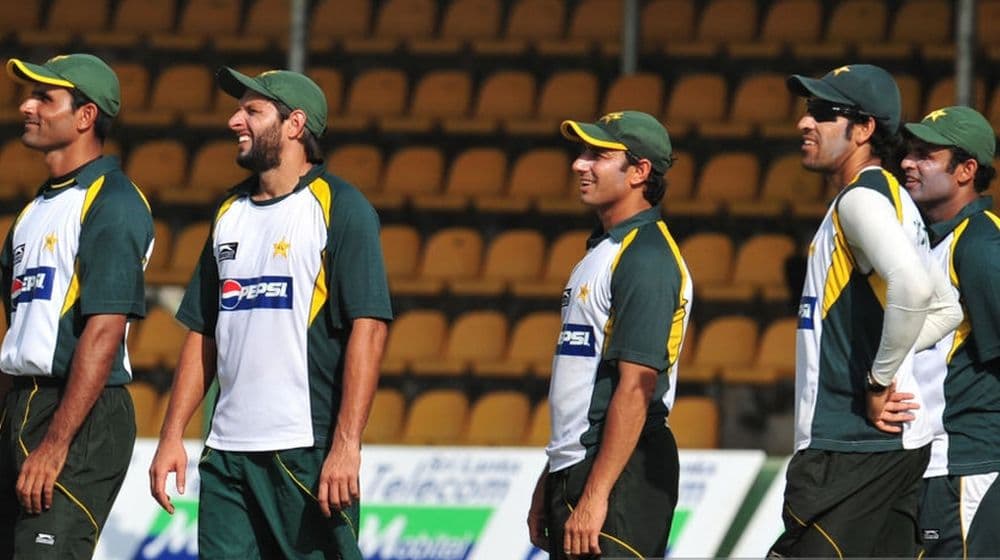 Pakistan has always produced some of the best bowlers to ever play the game of cricket. It was no wonder that Pakistani bowlers outperformed others in the newest T20 format that was introduced back in 2005 when Australia took on New Zealand in Auckland.

For years to come Pakistani pacers and spinners dominated the game as well as the rankings. The likes of Umar Gul, Saeed Ajmal, Mohammad Hafeez, Shahid Afridi, and even Sohail Tanvir made life tough for batsmen in the middle. It was due to these bowlers that Pakistan was so successful in T20I cricket especially when defending totals.

Pakistan’s first loss after scoring over 150 runs in the format came in the infamous World Cup semi-final against Australia in 2010 when Michael Hussey’s carnage thumped the Men in Green. Australia chased down a target of 192 as Saeed Ajmal failed to defend 18 in the last over.

Two of these 🇵🇰 players were a part of the 2007 @T20WorldCup. Guess who? 🧐#T20TakesOff pic.twitter.com/YFs1ZyxuWh

Pakistan has, so far, played 154 matches, winning 93 and losing 56. The impressive record is largely attributed to bowlers as Pakistan has only lost 5 matches to date when defending totals of 150 or more.

Recently, the ICC has shared its all-time ICC T20I rankings and five Pakistani bowlers are on the list with Umar Gul on top. Here’s how it goes:

Note that these are the all-time best rankings of all these players in the shortest format. Imad Wasim and Shadab Khan are still listed at 8 and 9 respectively in the latest ICC T20I bowlers rankings.