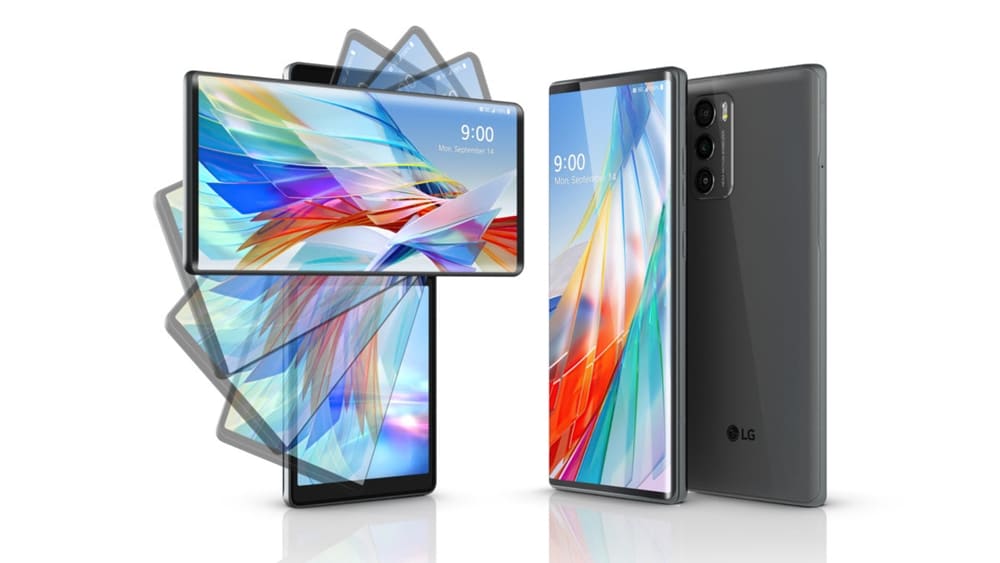 LG Wing, the company’s first smartphone under its Explorer Project, promising innovative designs in the smartphone space, has been launched officially, and it is everything LG promised. However, there are still a few things the company needs to figure out, especially in terms of the potential use cases.

Apart from sporting a unique swivel form factor with two displays, LG Wing comes with wireless charging but ditches the 3.5mm headphone jack and the quad DAC audio hardware. Internally, it is loaded with mid-range specifications.

The smartphone comes with a unique take on folding/multi-display smartphones. If you remember, in the early 2000s, smartphones with a swiveling form factor were common, like the old Nokia N92. However, the Korean company has re-imagined the whole concept. 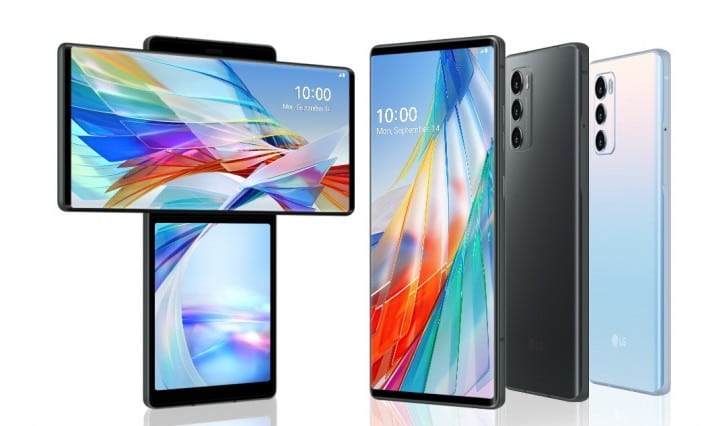 Due to the unique display arrangement, the smartphone does not come with waterproofing. However, LG claims that the displays come with a water-repellant coating. It also comes with a special material to the back of the main screen to protect the second screen from being scratched and to enable smoother pop-outs. 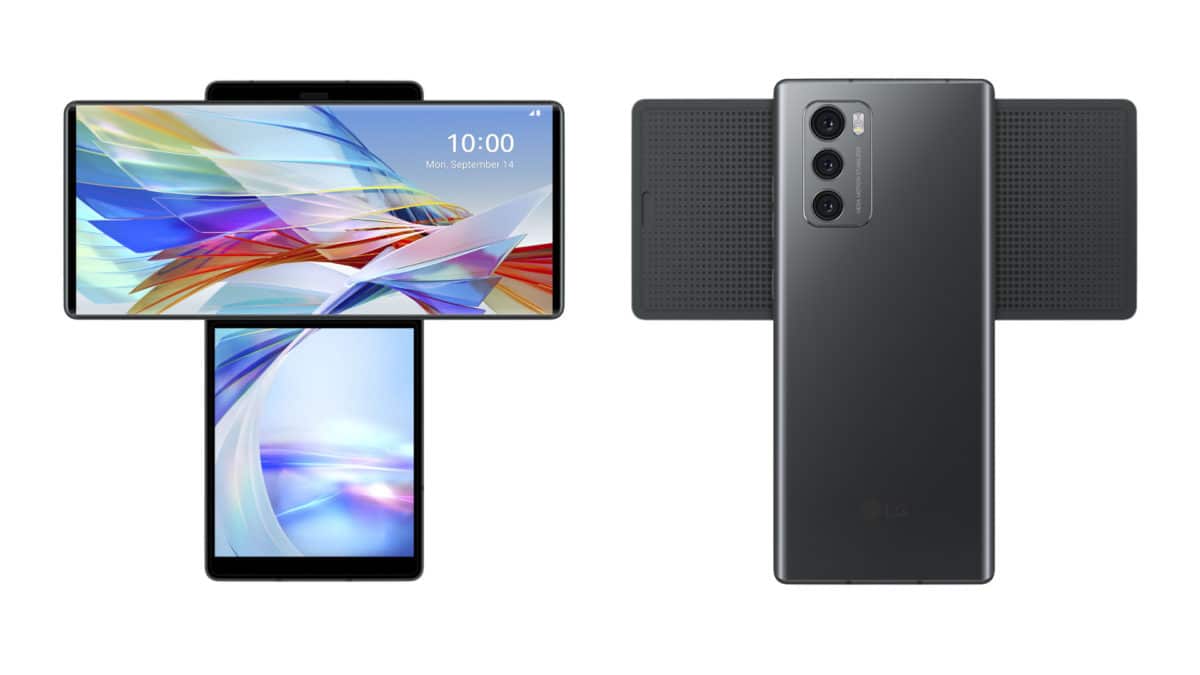 According to LG, the handset is equipped with a dual lock mechanism and a hydraulic damper to absorb shocks. The company claims that the Wing will last for up to 200,000 swivels. The best part is, despite two displays, the smartphone has dimension close to regular smartphones at 169.5 x 74.5 x 10.9 mm and weighs around 260 grams. 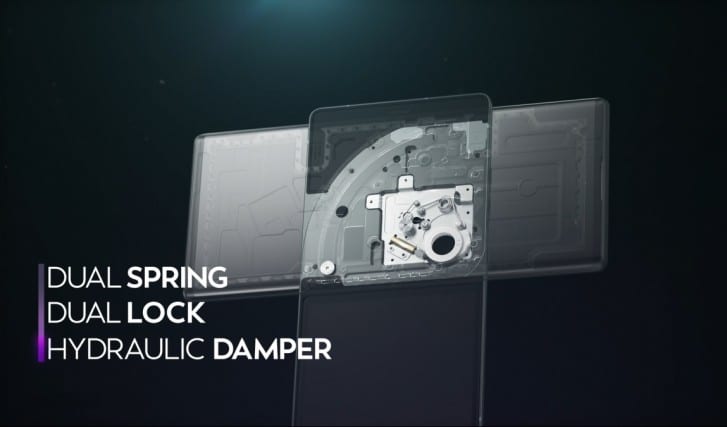 As far as the use cases of this new smartphone are concerned, there is no word on the number of apps that currently support this form factor. The LG second screen accessory launched earlier this year, has not seen much adoption from developers either. 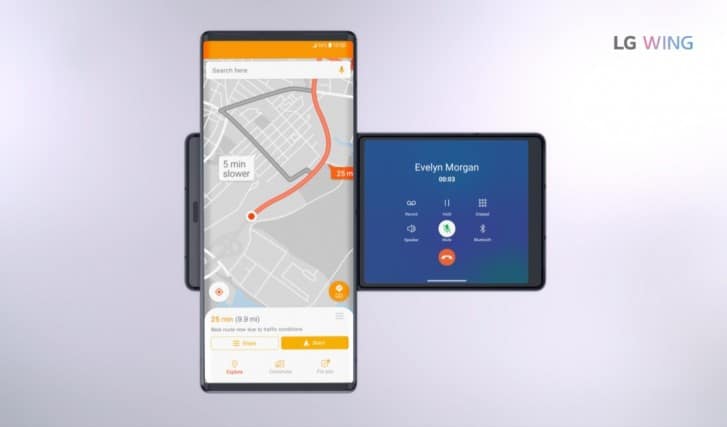 However, the company has revealed that it is planning to partner with a range of firms, including Qualcomm, search engine Naver and streaming platforms Tubi and Ficto, to take advantage of its new design.

LG claims that the smartphone is well-equipped to use two apps at once. Moreover, some apps can be used across both displays. In one of the pre-release clips showcasing a potential use case for the new form factor, the main screen is used for GPS navigation, while the second screen handled a call and music. 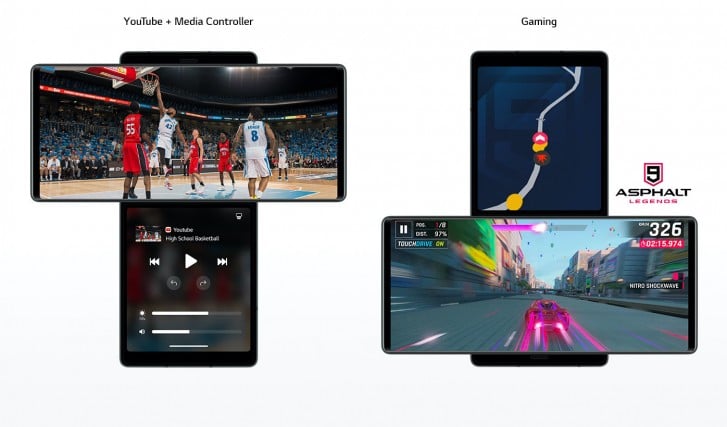 In another official video, the user was playing a racing game on the main screen while the game’s track layout was displayed on the smaller screen.

The company is betting big on content consumption and is targeting the Wing at users who love watching videos on the go. Thanks to the second display, users get no screen interference when receiving notifications, and you’re left with a more immersive viewing experience. Moreover, users will be able to edit videos more easily using the smaller display.

As for the innards, the smartphone comes with a mid-range Snapdragon 765G chip paired with 8 GB RAM and 128 GB or 256 GB storage.

The software front is handled by Android 10 and a custom UI built for the Wing 5G.

In terms of camera, the device features a triple sensor rear camera setup with a 64 MP primary camera, 12 MP ultrawide shooter specifically for swivel mode, and another 13 MP ultrawide sensor.

One of the key features in this regard includes a joystick for controlling the camera angle, a lock mode to reduce blur and judder.

Apart from this, the camera is equipped with follow functionality for smoother video when on the go, a pan-follow mode for horizontal movement, as well as a first-person view mode for rhythmic and dynamic movements.

You can use the phone for vlogging on the go, recording through both the front and back cameras at the same time. 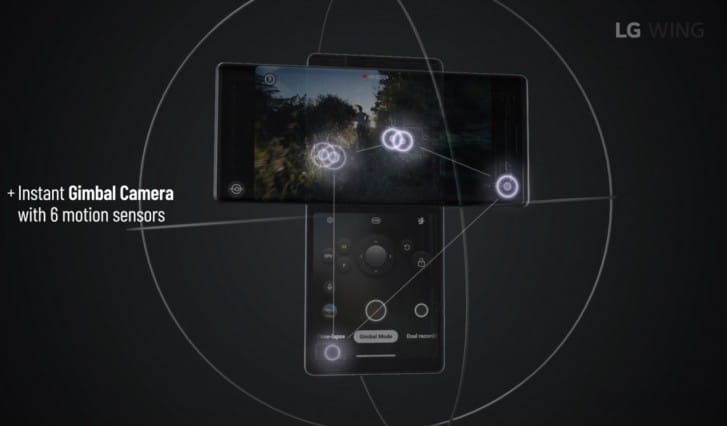 For selfies, it comes with a 32 MP lone shooter that sits on a pop-up mechanism.

The whole system is fueled by a single 4000 mAh battery, which might prove to be low, considering this small cell has to power two OLED displays. However, the battery is backed by Quick Charge 4 Plus and wireless charging.

As far as pricing is concerned, the details are bleak, but the company says the phone will be available in the US soon.