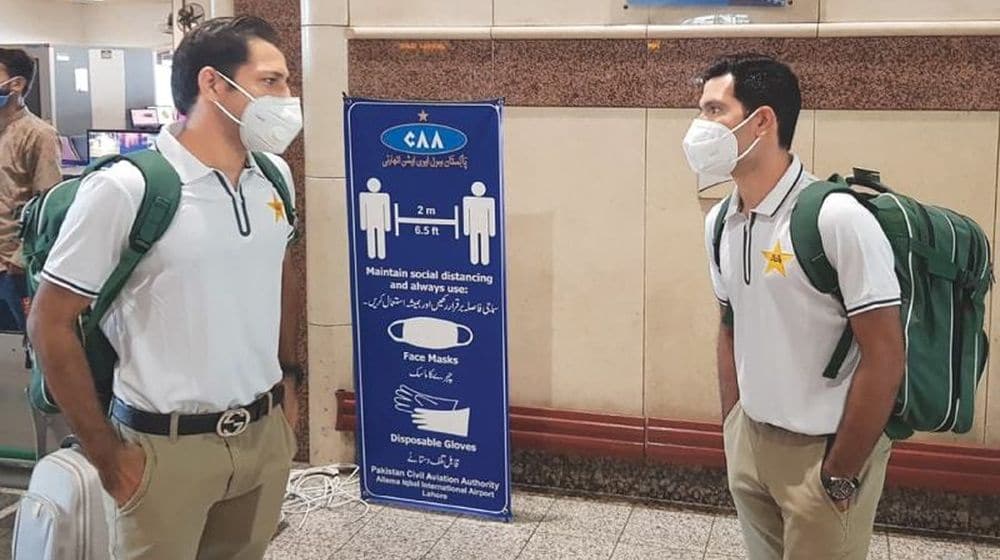 To ensure the health and safety of players, officials, and all other stakeholders, the Pakistan Cricket Board has announced comprehensive Covid-19 protocols for the 2020-21 domestic season, which begins on 30 September with the National T20 Cup.

From the beginning of the season, squad members, match officials, duty doctors, and security managers will be placed in bio-secure zones, where they will be able to roam around and interact with each other freely. To ensure that the bio-secure zone is virus-free, they will be required to return two negative Covid-19 tests, which is in line with the practices carried out at present in international cricket.

Members of the First XI and Second XI squads are required to submit the results of their first Covid-19 tests by 16 and 18 September, respectively. The PCB will reimburse the costs of the first tests and conduct all the following tests during the course of the season.

Rs. 15 Million to be Spent on Covid-19 Testing in Domestic Cricket

Those returning negative results will be invited to PCB designated central stations, where they will undergo second Covid-19 tests under the supervision of the PCB medical team. The second tests of the First XI and Second XI squads will be conducted on 18 September and 21 September, respectively.

Those who test positive at the central stations will be isolated for five days and tested twice afterward. If these players or support staff personnel continue to test positive, they would have to undergo a two-week-long period of self-isolation and return two negative results before their integration in the bio-secure zone.

The players who toured England with the men’s national team for three Tests and three T20Is will travel to Multan on 23 September and after their second negative test will join their respective domestic teams on 25 September as they have been granted a period of relaxation following their 10-week-long tour.

To provide ease and comfort to the U19 players and their parents and guardians, the PCB has taken the responsibility to conduct all Covid-19 tests of the teenage cricketers. Their first Covid-19 tests will take place on 1 October.

Similar to the Covid-19 practice for the players and player support personnel, match officials will be required to submit their results by 24 September and their second tests will be conducted on 27 September at a PCB designated central station.

Hotel rooms, dining/game/recreational rooms, playing areas, dressing rooms, match officials’ rooms and team busses and cars form bio-secure zones, which will be disinfected regularly. Each team will have its own entertainment room in which WiFi service, TV, and carom board will be provided.

That those in the bio-secure zones adhere to the protocols will be the responsibility of the Covid-19 protocols implementation team, which comprise team managers, team physiotherapists, duty doctors and liaison officers. The team is headed by Covid-19 Medical Officer, Dr. Riaz Ahmed.

Venue managers, ground staff, scorers, and other officials will remain in the second layer and they will be allowed to interact with those in the bio-secure zone only in case of an emergency while wearing masks and maintaining at least 15-feet distance.

During a match, team managers and match officials can interact with the venue manager via cell phones. Players would be advised to sit close to the dressing rooms during the match while social distancing will be maintained during lunch and tea intervals.

Any person breaching the bio-secure zone will spend five days in isolation and would have to test negative twice in this period to re-enter the bubble.

Meanwhile, the PCB has also announced media protocols to ensure the health and safety of all those who will be involved in the coverage of the 2020-21 domestic cricket season during this unprecedented Covid-19 pandemic.

These are overarching guidelines, which may change and amend at the last minute, as Covid-19 is an evolving situation.

The PCB will provide media accreditation for the National T20 Cup and Quaid-e-Azam Trophy matches at the four Test venues i.e. Gaddafi Stadium, Lahore, Multan Cricket Stadium, National Stadium, Karachi, and Pindi Cricket Stadium. Due to limited facilities, space, and resources, preference will be given to the local media.

PCB Allows Domestic Players to Remain Contracted By Their Departments

Those wishing to apply for media accreditation for the National T20 Cup can apply at [email protected] before 19 September.