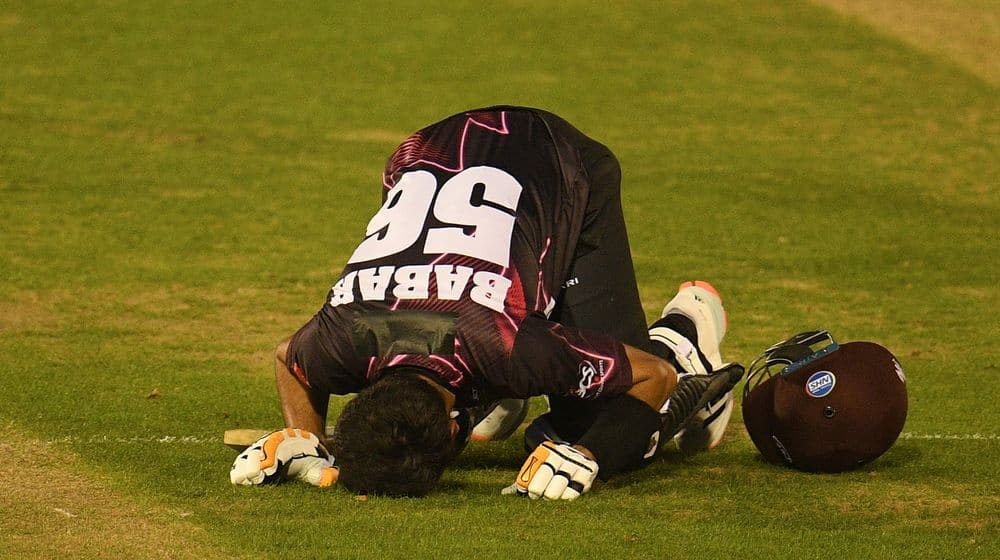 Star batsman, Babar Azam, has returned to form with a blistering century for Somerset against Glamorgan in the ongoing Vitality Blast in England. Babar smashed his career-best score of 114* from just 62 balls to help Somerset post a formidable total of 183/3.

Glamorgan, in reply, were bowled out for a miserly 117 in the 16th over as Babar’s team claimed victory by 66 runs which also helped improve the net run rate.

Babar, who was dropped twice in the match, punished the bowlers, scoring runs on all sides of the wicket. His fiery knock included 9 fours and 5 sixes as he scored at a strike rate of 183.87, shutting the critics regarding his ability to score quick runs.

With his 4th hundred in the format, Babar also became the third-fastest batsman to cross the 5,000 runs mark in T20 cricket at an impressive average of over 42. His 114* is also the highest individual score in this year’s T20 Blast.

The 25-year-old’s previous scores for Somerset this year were 10, 0, 6, and 42, however, Babar played brilliantly on a tricky pitch and raised his bat for a century for the 4th time in his career.