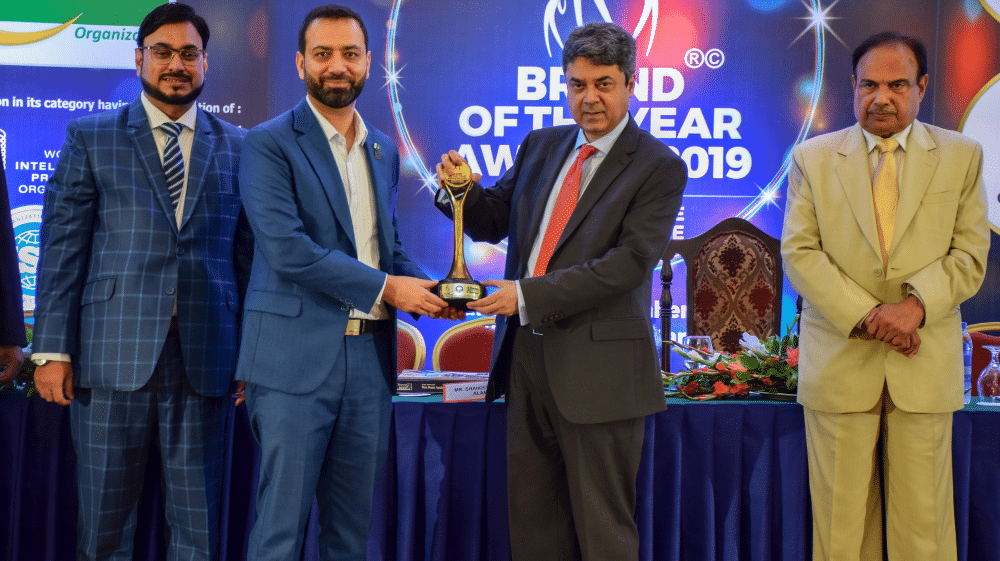 BankIslami Pakistan Limited has bagged the Brand of the Year 2019 in the Islamic Banking category.

The Brand of the Year Awards is an annual event celebrating outstanding services and innovative products by organizations across a diverse range of sectors. This year’s event was attended by notable dignitaries and ministers.

The jury this year recognized the marketing as well as strategic efforts implemented by BankIslami to promote the image of a technologically advanced, modern Islamic Bank. The brand reputation along with trust ratios for BankIslami has risen among and beyond its target audiences.

At BankIslami, we believe in enabling our customers as well as all other stakeholders in having access to the most convenient Shariah-compliant financial services in the market. We continue to expand financial inclusion across the country by building credibility as well as an image of an institution that simplifies banking for its customers.

He said that being recognized by a platform like Brand of the Year is certainly a feather in the bank’s cap and that he hopes to keep the momentum going in the times to come.

Earlier this month, BankIslami posted an 85 percent surge in its profits for the year ending June 30, 2020, at Rs. 1.074 billion, up from Rs. 581 million for the previous fiscal year. In order to cement its risk absorption capacity and strengthen its capital adequacy, the Bank successfully issued Pakistan’s first-ever Listed Islamic Additional Tier-I Capital Sukuk (ADT-1 Sukuk’) during the current year. “The growth in operating profits was driven by higher spreads, enhancement in core earning assets on the back of an increase in deposits and improvement in cost to income ratio of the bank,” the bank said in a statement at the time of the release of its financial results.