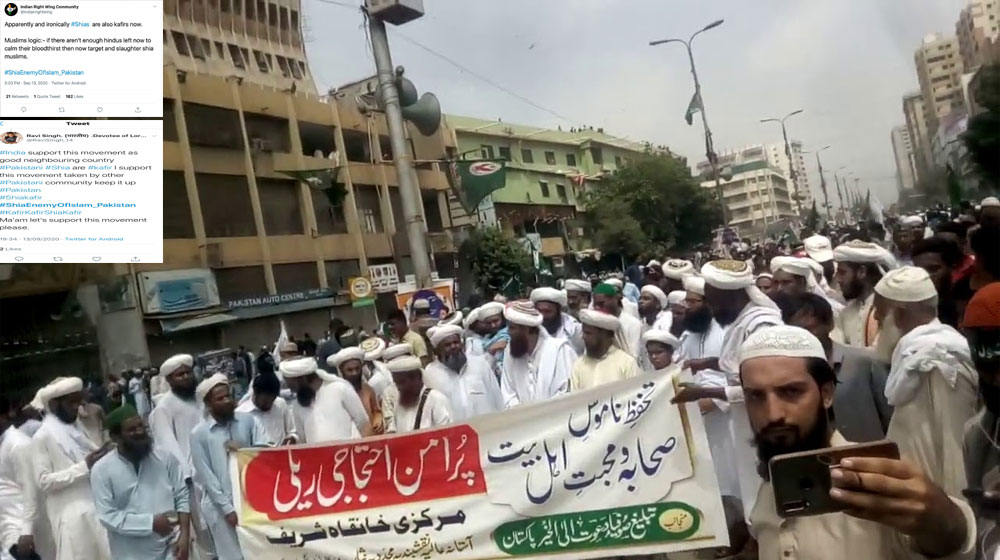 Since the start of Muharram, a sense of sectarianism has been prevailing among the masses. A planned attack against the Shia sect started on social media. Hateful trends were seen on Twitter, declaring them Kafir. The movement, fueled by extremists from both Shia and Sunni clerics, spread among the general public, leading a series of protests on the streets.

The government took prompt measures, and Prime Minister Imran Khan announced stern measures against those instigating sectarianism. On his directions, religious leaders from both sides, fanning hate crime and disturbing the interfaith harmony, were booked and arrested.

The Focal Person to Prime Minister, Dr. Arsalan Khalid, recently took up the issue. Addressing the representatives of multiple digital media organizations, Dr. Arsalan revealed that the majority of these trends were operated from the neighboring country.

He noted that in the age of information, the actions in the online world have offline impacts. Therefore, such hateful trends sparked sectarian violence in the country.

About 80% of the participants in the sectarian trends that took place a few days ago were Indians. The impact of online conversations goes to the offline world anyway.

The Focal Person to PM highlighted that a considerable increase has been observed in anti-Pakistan activities by Indian accounts since 2018. He noted that Indian Twitter accounts have been spreading misinformation, propaganda, and chaos against Pakistan.

Dr. Arsalan shared an image of hashtag mapping to support his claims, and said that a large number of these accounts were traced back to various Indian cities.