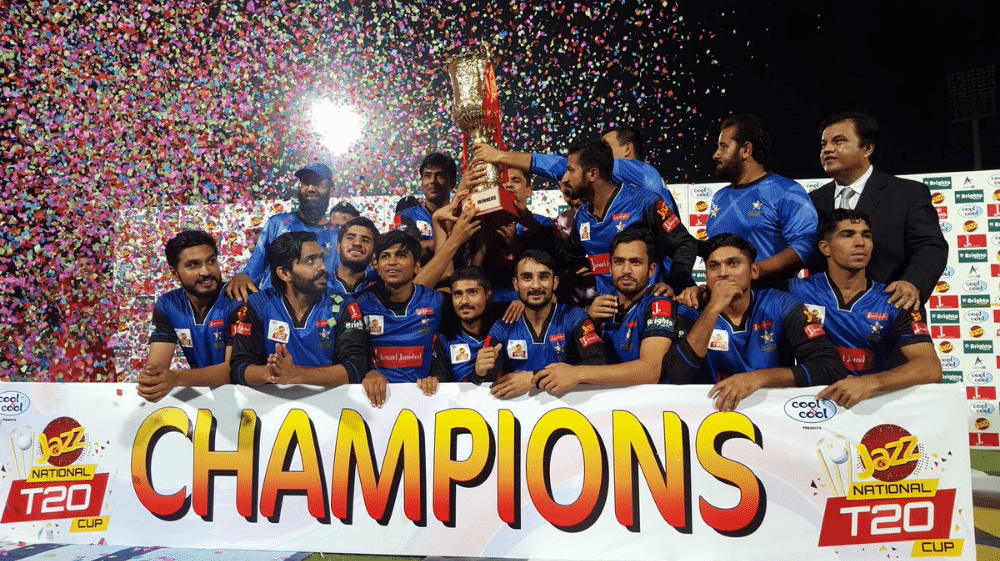 The National T20 Cup which is scheduled to begin from 30th September has been hit with several setbacks as many players have announced their withdrawal from the tournament. Former Pakistan captain, Salman Butt, announced his withdrawal earlier this month after he was demoted to the 2nd XI of Central Punjab.

Butt, who was part of Central Punjab’s 1st XI last year, was asked to captain the second XI this year. Salman Butt refused to be a part of the second XI because he did not want to take the place of a youngster trying to break through to the first XI.

Former Lahore Qalandars and Karachi Kings pacer, Muhammad Irfan Jr., made a shocking announcement after being demoted to South Punjab’s 2nd XI. The disheartened 25-year-old has decided to quit all forms of cricket due to uncertainty surrounding his source of income.

Another player to withdraw from the competition is Rameez Raja Jr., who has previously represented Pakistan in 2 international T20s. He has signed a five-year deal with a cricket club in the United States of America and has subsequently ended his chances to play domestic cricket in Pakistan for the foreseeable future.

The latest player to withdraw from the National T20 Cup is Sami Aslam. The left-handed opener who has represented Pakistan in 13 Tests and 4 ODIs withdrew from the competition due to family reasons. Sami Aslam was also demoted to the 2nd XI of Balochistan and was asked to lead the team.

Some sources claim that Aslam withdrew because he was unhappy with the demotion, but the PCB clarified that Aslam wants to be with his ailing mother. PCB reaffirmed that Aslam would take part in the Quaid-e-Azam Trophy this year where he would represent Balochistan’s 1st XI. Sami will be replaced by former Under-19 cricketer, Azeem Ghumman, as Balochistan’s 2nd XI captain.

Babar Azam and Imad Wasim, captains of Central Punjab and Northern respectively, will not be able to take part in the first phase of the tournament due to their commitments in the T20 Blast in England. Saad Nasim will lead Central Punjab while Shadab Khan has been named as Imad Wasim’s replacement for Northern.

Star pacer, Shaheen Shah Afridi, is also likely to miss the first phase of the tournament because he is busy playing for Hampshire.