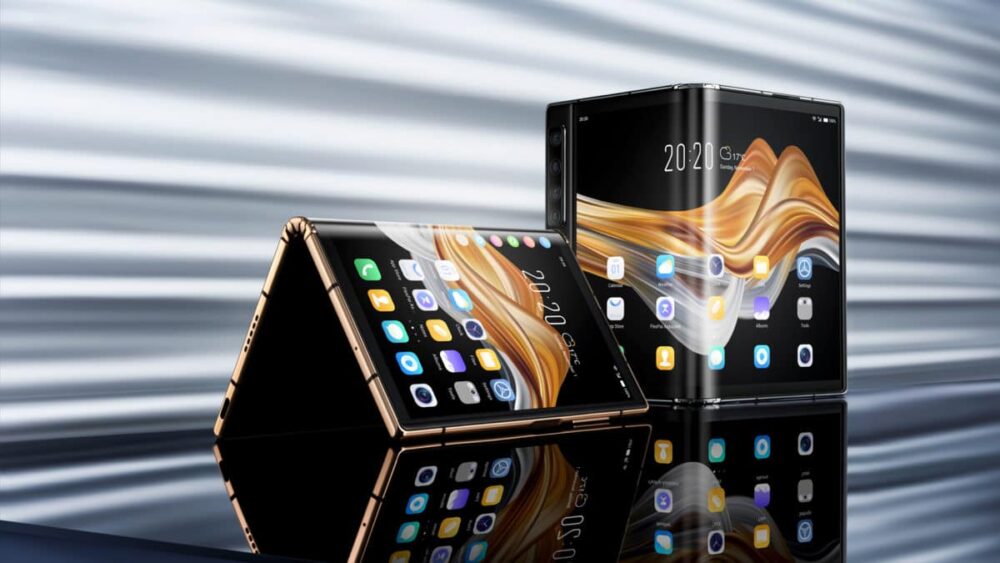 The world’s first foldable smartphone’s successor is due for launch in China today, and its price, images, specifications have already been announced. The Royale Flexpai 2 has big expectations to live up to, especially since the original Flexpai flopped miserably for poor design and software implementations.

The new foldable is launching in China today for roughly $1471 which is around the same price as Samsung’s foldable phones and the Microsoft Surface Duo. The Royale Flexpai 2 adopts an outward folding design similar to the previous model, but the camera strip on the side is bigger than before and has additional lenses as well. The display is a 7.8-inch panel with a 1920 x 1440 resolution. Royale has said nothing about the display material, but we can safely assume that it is plastic since it’s a bendable screen.

The hinge durability is rated at 1.8 million bends, but we will have to wait until we get real-life reviews to get the full story on the device’s durability. 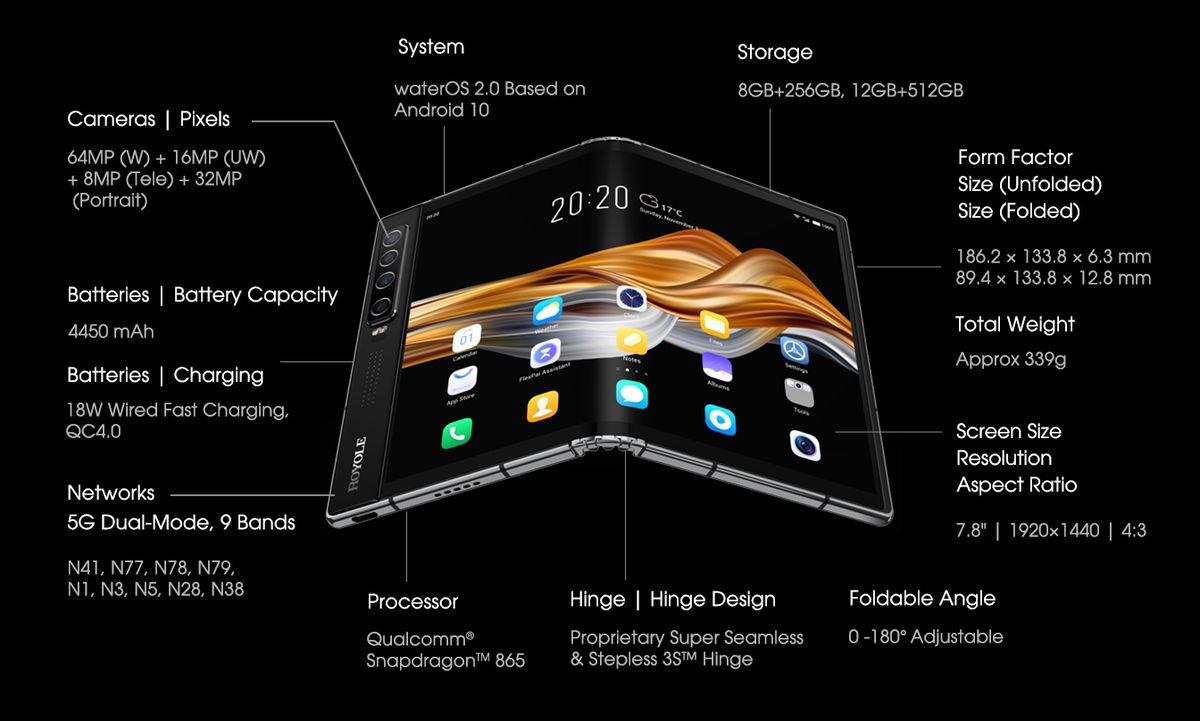 The internal specifications seem to be on par with the competition. There is the flagship Snapdragon 865 SoC with support for 5G, up to 12GB RAM, and 512GB storage. There is no word on storage expansion, but it is unlikely that anyone is going to need it with that much internal storage.

Royale is promising that the new Water OS 2.0 based on Android 10 is more refined than before with seamless drag and drop multitasking for the wide display. This is another thing we will have to wait and see in reviews to get the full story for.

The camera strip in the corner now has a total of four lenses. The main camera is a 64MP wide-angle lens which is accompanied by a 16MP ultrawide sensor, an 8MP telephoto lens with 3x optical zoom, and a 32MP depth sensor for portrait shots. This gives it an advantage over Samsung’s foldables since you can use the main camera for selfies as well, similar to the Huawei Mate X.

The 4,450 mAh battery is likely divided into two cells and it has support for 18W fast charging as well.

As mentioned before, the Royale Flexpai 2 will become official later today for roughly $1471.