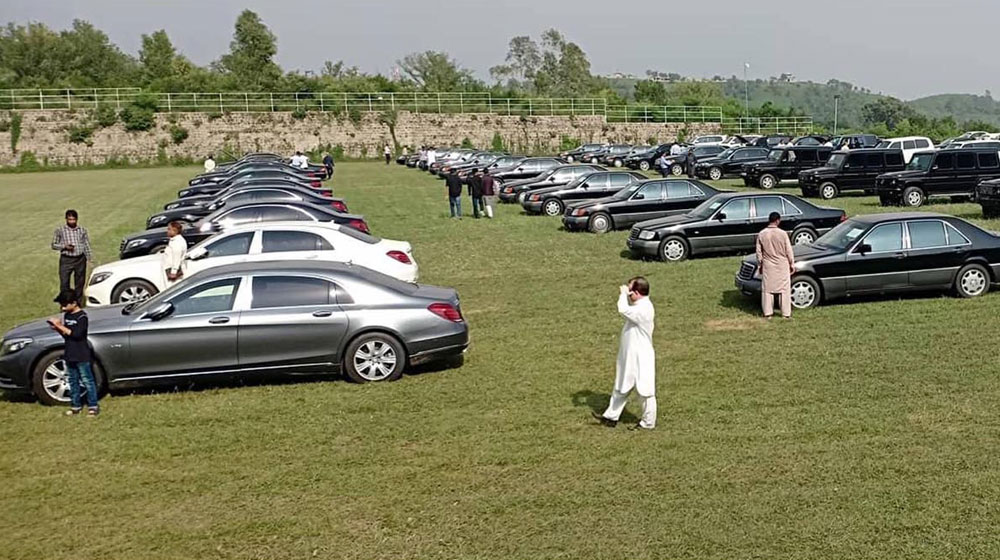 The federal government has categorically rejected the ‘fake and fabricated news’ suggesting that it is importing new bulletproof vehicles for ministers and VIPs.

Federal Minister for Science and Technology Fawad Chaudhry rebuffed the news on Twitter.

Pakistan Muslim League-Nawaz (PML-N) leader Ahsan Iqbal had posted a screengrab from the Geo News screen to claim that 33 new bulletproof vehicles have been approved for the Presidency, and Prime Minister Office.

Responding to Ahsan Iqbal’s post, Chaudhry said that no new vehicle has been ordered.

The President, Prime Minister, and Ministers have adopted a policy of drastic reduction in expenditure and, such fake news is nothing but mischief.

In a separate tweet, the Minister shared the detailed news report aired on Geo and said that the news channel has corrected that the PML-N leader used a screengrab to twist the facts, even though full details were given in the news.

According to the details, these are the same vehicles ordered in 2016 during the tenure of convicted Prime Minister Nawaz Sharif and received by former premier Shahid Khaqan Abbasi. The vehicles had been unused, after which the Prime Minister approved their use for VIPs, state guests, and ministers on special occasions.

Note that some of these cars were auctioned by the government in September 2018.