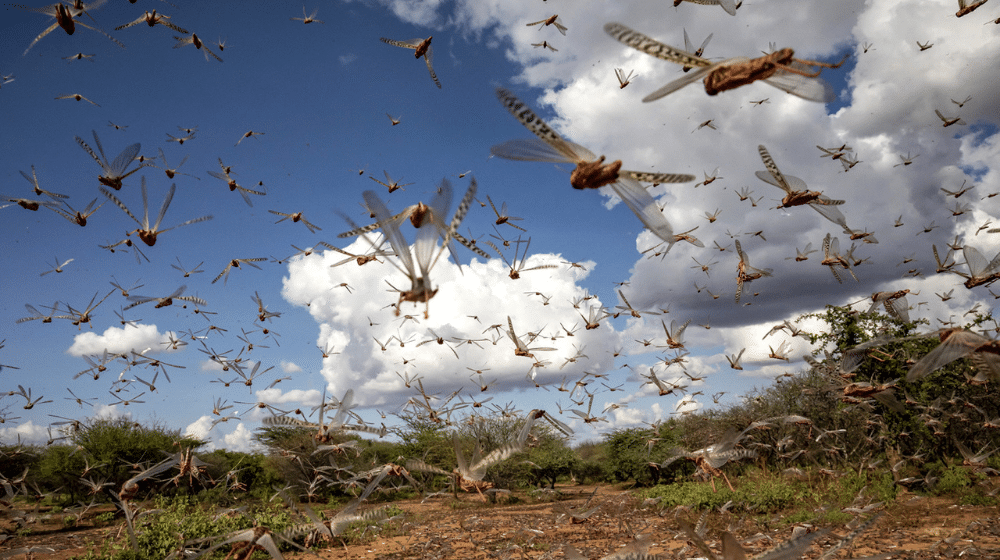 Pakistan has officially eradicated desert locusts, months after declaring a national emergency. Locust swarms entered Pakistan in the early months of the year from Iran and the majority of the crops across the southwestern districts were devastated.

Pakistan tackled the situation by various techniques, deploying drones, helicopters, a huge number of vehicles, and workers to get the situation under control.

According to the head of the National Locust Control Centre, there are no locusts in Pakistan today. “The swarm started declining from August and we cleared last few hectares of land in two districts this week,” he said.

Locust attack was regarded as more dangerous to Pakistan than the Covid-19 pandemic. Experts said that if the situation did not get under control, there would have been a huge shortage of wheat, maize, cotton, and other crops.

Locust attack did cause the country a lot of damage, for the first time in 10 years wheat had to be imported by the government, as wheat production missed the target by 2 million tonnes.

According to officials, a possibility of a resurgence of locust swarms cannot be ruled out. The officials have said that they will take every possible measure to prevent another attack by the insects.