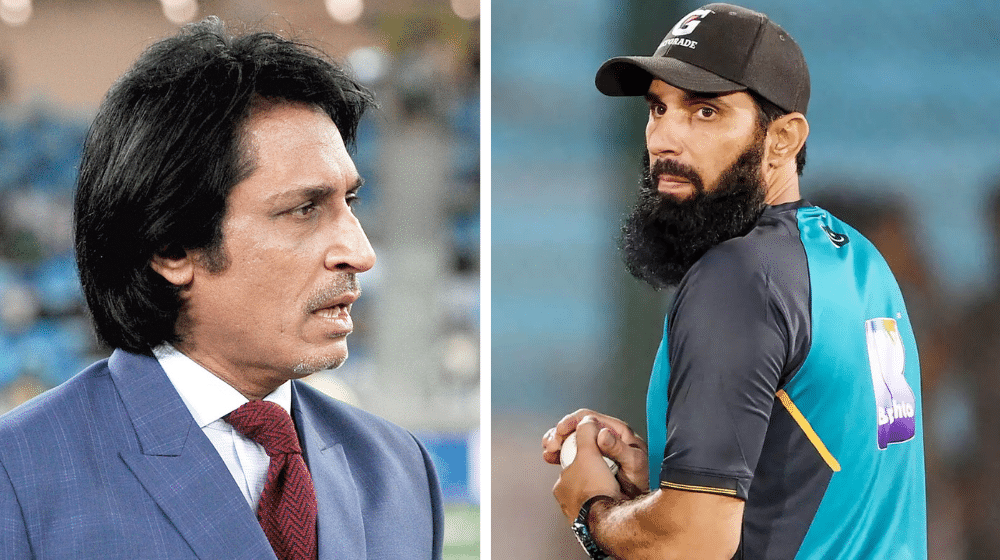 Misbah-ul-Haq recently announced his decision to step down from the role of the national chief selector, citing added burden as the reason. Misbah, however, will continue as the head coach of the team for the foreseeable future.

Ramiz said that Misbah still has a huge responsibility on his shoulders and will have to bear with the criticism by the public. The 58-year-old added that Misbah uses a set approach without much experimentation.

He said that Misbah has been too defensive, adding that he will have to change his ways now. Misbah must get rid of his ‘old-timer’ approach and adopt ‘revolutionary methods’, he asserted.

He said that cricket has changed a lot over the years and Misbah will have to change the mindset of the team by adopting modern techniques, and work on the mental side of the game as well.

Ramiz concluded that the nation is behind the team and wishes Misbah the best for his exploits as the head coach. He, however, warned Misbah that he will have to deliver results in a quick time, otherwise, there will be a lot of criticism from the cricket lovers.