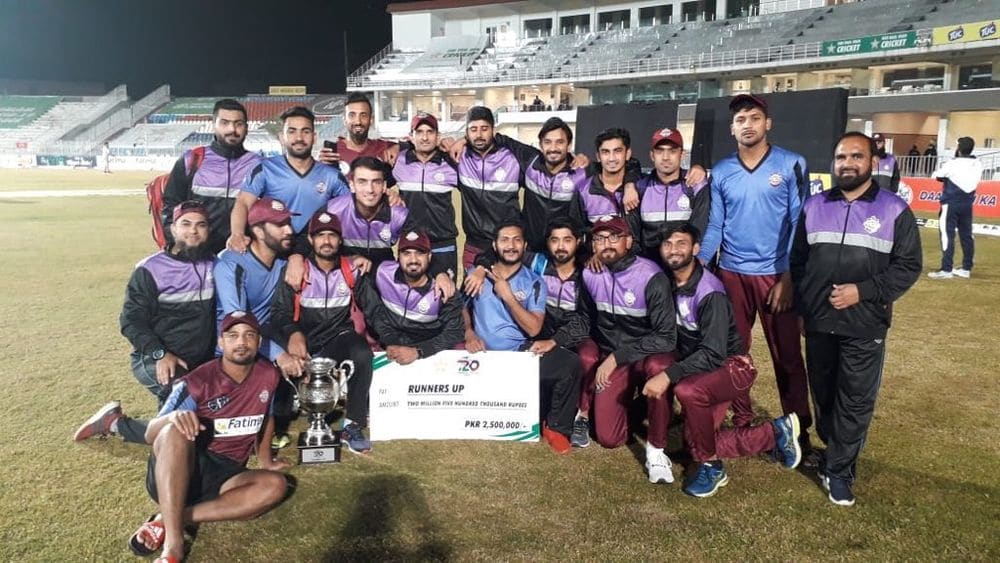 Enthralling cricket action in the just-concluded National T20 Cup First XI tournament had fans and followers of the game glued to their TV and mobile screens.

Numerous interesting numbers came up and records were made over the course of the 33-match tournament that Khyber Pakhtunkhwa won by defeating Southern Punjab by 10 runs in the final.

In 33 matches this year, there were 15 totals of 200-plus, including 206-4 by Khyber Pakhtunkhwa in the final against Southern Punjab.

It was only the second time that the 200-barrier was crossed in the final of a National T20 Cup. The first such instance being in 2010 when Lahore Lions posted 221 for 3 against Karachi Dolphins at the Gaddafi Stadium, Lahore.

The run-rate this year in all T20s played in Pakistan, including a T20I series involving Bangladesh, the MCC tour, PSL and the National T20 Cup has been 8.72 – the highest ever in a calendar year.

The previous best year in Pakistan in terms of scoring rate was 2019 when the run-rate was 8.46.

Khyber Pakhtunkhwa’s Fakhar Zaman, with 420 runs, and Shaheen Afridi, with 20 wickets, were the tournament’s best batsman and bowler.

Fakhar’s tally of 420 runs is the second-highest in one edition of the National T20 Cup and only 12 behind Kamran Akmal, who accumulated 432 runs for Lahore Whites in the 2017 edition.

Fakhar scored five fifties, including 67 off 40 balls in the final.

Shaheen’s 20 scalps are joint-most along with Saeed Ajmal, who took 20 wickets in the 2016 edition. No fast bowler before Shaheen had taken this many wickets in a single edition of the tournament.

The left-arm quick took 13 wickets in the powerplay overs, which is by far the most by any bowler. He struck in his opening spell in nine out of 10 games.

There is no bowler in the world who has more T20 wickets than Shaheen (44) this year.

There were some extraordinary performances from the young talented cricketers in the National T20 Cup for First XIs.

One of the highlights of the tournament was Khushdil Shah’s 100 off 35 balls for Southern Punjab in a 217-run chase against Sindh. It went down as the fastest T20 hundred scored by a batsman from Pakistan, beating Ahmed Shehzad’s 40-ball effort for Barisal Burners in the Bangladesh Premier League in 2012.

The previous fastest 100 recorded on Pakistan soil was Bilal Asif’s 43-ball century on T20 debut for Sialkot Stallions against Abbottabad Falcons in Faisalabad in 2015.

Only four batsmen in the world, Andrew Symonds (34 balls), Wihan Lubbe (33), Rishabh Pant (32) and Chris Gayle (30), have scored a century in fewer balls in T20 cricket than Khushdil.

Khushdil’s strike-rate in the tournament was 177.45, the highest among batsmen with at least 200 runs. His 25 sixes were the most by any batsman.

The tournament had nine batsmen, the most in any edition of the National T20 Cup, who scored more than 200 runs at a strike-rate of 150-plus.

Prior to this tournament, the maximum number of batsmen with 200-plus runs and 150-plus strike-rate in one edition of the National T20 Cup was only four (in three different tournaments in 2005, 2015 and 2017).

In the last group match, Southern Punjab needed to chase 162 in 12.3 overs against Balochistan to quality for the semi-finals.

Brisbane Heat (15.80) is the only team that has maintained a higher run-rate in a T20 innings of more than 10 overs. Akin to Southern Punjab, Heat were also playing for a better run-rate when they put 158 for none in 10 overs against Melbourne Stars in Big Bash League in 2019.