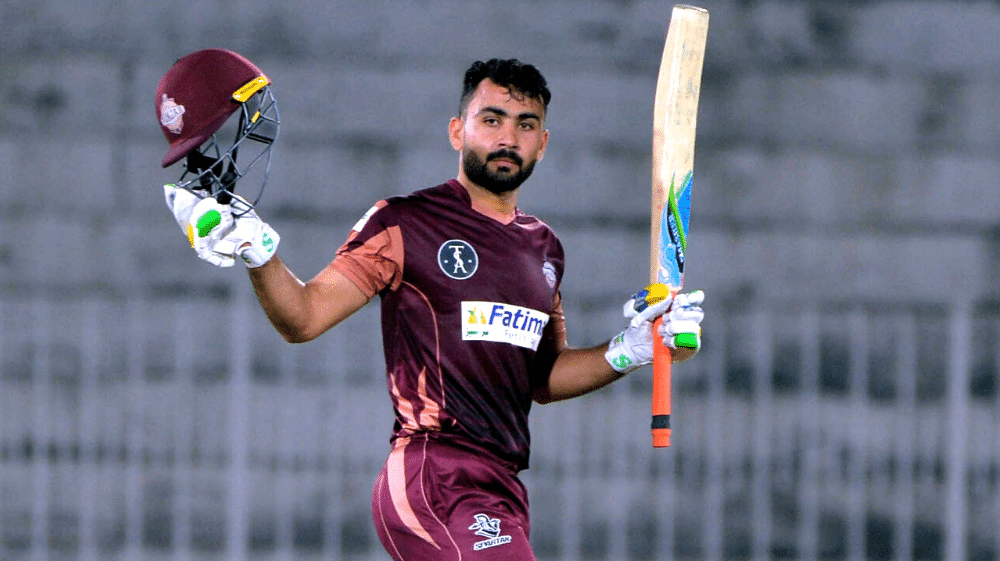 Middle-order batsman, Khushdil Shah, smashed the fastest hundred by a Pakistani batsman in Southern Punjab’s victory over Sindh in the National T20 Cup on Friday. The left-hander’s hundred came off 35 balls and his innings included 9 sixes and 8 boundaries.

Khushdil walked into bat when Southern Punjab were faltering at 43-4 while chasing a target of 217. The hard-hitting batsman led Southern Punjab to their first victory in this year’s National T20 Cup, winning the man of the match award for his performance.

The fastest T20 century record was previously held by Ahmed Shehzad, who scored a 40-ball century in 2012 in the Bangladesh Premier League.

The fastest T20 centuries in the world are listed below:

What are your thoughts on the achievement? Let us know in the comments section.