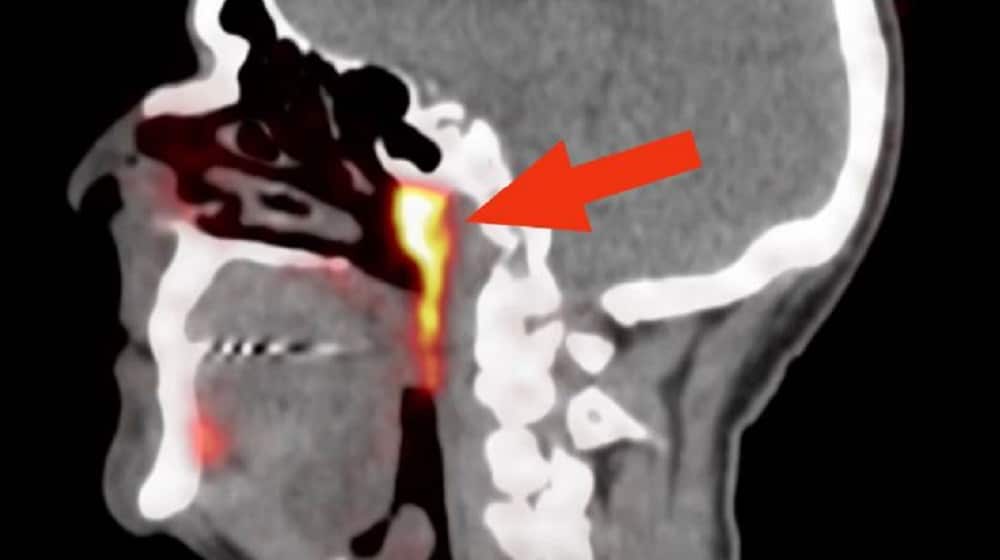 Researchers at the Netherlands Cancer Institute (NCI) have accidentally discovered a new organ which comprises of salivary glands in the upper part of the throat.

According to details, NCI scientists were studying prostate cancer by using a combination of CT scans and PET scans when they discovered the new organ. A PET scan not only detects metastasized prostate cancer but it also identifies salivary gland tissues.

The new set of salivary glands is located over a piece of cartilage called the torus tubarius in the nasopharynx region, the upper part of the throat behind the nose, with each gland having an average size of 1.5 inches.

Due to their location, scientists have named the newly discovered organ tubarial salivary glands which keep the upper throat behind the nose and mouth moist.

However, the discovery of the fourth set of large salivary glands shocked the NCI scientists.

Radiation Oncologist at the NCI, Wouter Vogel, said that it is hard to imagine the surprise of NCI scientists when the glands were discovered.

In order to corroborate the discovery, NCI scientists collected CT scans and PET scans samples from 100 patients and found that the newly discovered glands were present in all of them.

Till now, doctors have been using radiation on the head and neck to treat cancer. They usually avoid the known three large salivary glands because radiation exposure can impact the quality of life of patients such as difficulty in eating and swallowing.

Since doctors didn’t know about the tubarial salivary glands, they never tried to avoid exposing the nasopharynx region to radiation.

NCI scientists also examined records of 700 cancer patients who were treated at the University Medical Center Groningen. All of the patients had reported adverse side effects after the doctors exposed the nasopharynx region to radiation.

With the discovery of tubarial salivary glands, doctors would avoid exposing the nasopharynx region to harmful radiation, meaning that cancer patients will have to face fewer side effects in the future.