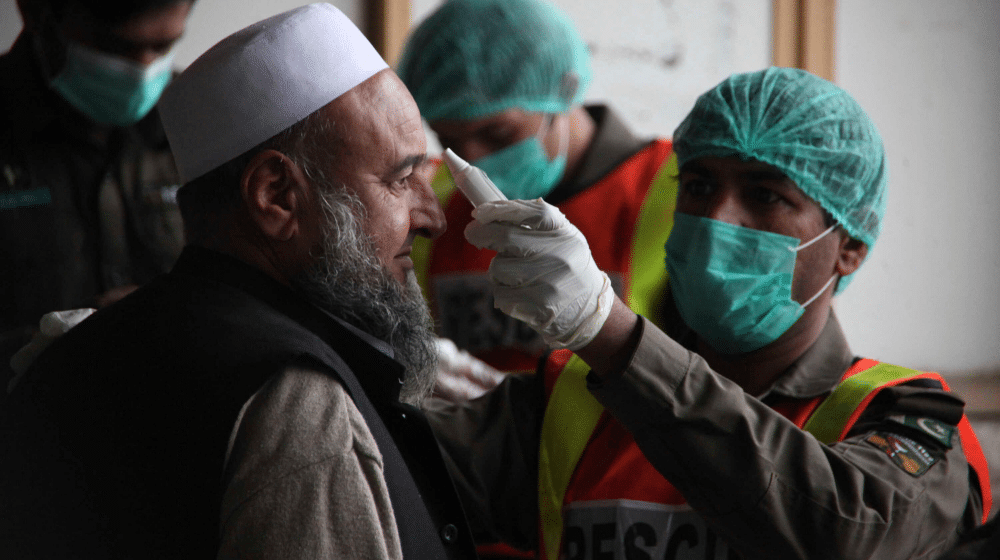 According to government data, Pakistan on Saturday reported the highest number of Covid-19 cases in the last three months. The last such spike was reported on July 30, when more than 900 cases were reported on a single day.

According to the data, 31,009 tests were undertaken on October 23rd, out of which 847 cases were positive. 12 deaths have also been reported in the last 24 hours.

Earlier in the week, the National Command and Operation Centre (NCOC) warned the citizens of a second spike after an exponential increase in positive cases. NCOC suggested taking drastic measures to control the spread of the second wave of the virus.

There has been an influx of patients at the hospitals and the number of deaths has also been gradually increasing each day. According to NCOC, the positivity ratio has risen for the fifth continuous day and it is projected to keep rising.

“Muzaffarabad, Hyderabad, Karachi, and Gilgit have a higher positivity ratio along with other areas across the country,” observed the NCOC.

The current fatality rate in Pakistan has reached at 2.06%, in comparison to 2.72% worldwide. 71% of the total deaths are of males, out of which 76% have been over the age of 50. In light of the dire situation (NCOC) has warned to shut down different high-risk sectors once again.