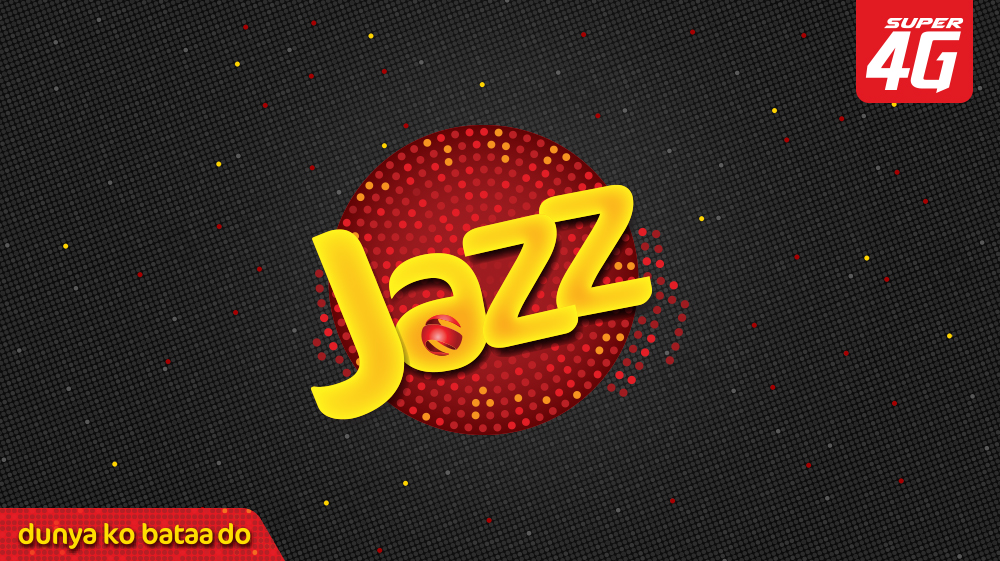 The company posted an increase of 12% in revenues, during the reported period, to Rs. 50.67 billion as compared to Rs. 45.44 billion during the same time last year.

The total revenue growth of 12% YoY includes the administration fee reversal recorded in 3Q19 relating to the ‘suo moto order’ tax regime changes. Adjusting for these, revenues grew by 7% YoY.

This rise was underpinned by another strong quarter for Mobile data revenue, which grew by 25% YoY. Expansion in their 4G user base led this growth, increasing during the quarter by 3 million new users as the relaxation of lockdown restrictions encouraged strong growth in 4G SIM sales, which grew by 37% (compared to 2Q20).

Jazz’s 4G penetration rate reached 35% during the quarter, a marked acceleration from the 30% penetration recorded in 2Q20 and a rise of 70% in 4G users versus 3Q19.

Additional users contributed to an almost 9% expansion in Jazz’s total customer base during the quarter to 64 million, as well as an encouraging rise in ARPU of 3% YoY. These trends reflect Jazz’s commercial strategy of focusing on higher quality of sales in order to further improve the customer mix of its subscriber base, leveraging network quality and higher bundle penetration to drive this.

JazzCash, experienced another strong quarter. The impact of the State Bank of Pakistan’s temporary removal of fees on money transfers impacted JazzCash’s total revenues, which declined by 8.7% ear on year, but operationally the business continued to enjoy strong momentum.

Earnings before interest, taxes, depreciation, and amortization (EBITDA) was increased by 41% to Rs. 31.42 billion as compared to Rs. 22.25 billion in the same period last year, mainly due to the reversal of a prior period provision in 3Q20 of PKR 8.6 billion. Excluding this, EBITDA growth was 2.4% YoY, supported by revenue growth (including the administration fee reversal mentioned above).

In addition, as in the prior periods, in 3Q20 EBITDA was affected by the reclassification of amortization of the Ex-Warid license from below EBITDA to service costs (PKR 0.7 billion) in connection with a payment made in the form of security (under protest) as per the options given in the PTA’s license renewal order.

Capex excluding licenses was Rs. 3.7 billion in 3Q20, equivalent to capex intensity of 20.1% versus 14.1% in 3Q19. Within this, 4G network investment continued to be the principal focus, the population coverage of which reached 56% during the quarter, compared to 49% in 3Q19.

In September, the Dhabi Group exercised its put option to sell VEON its 15% shareholding in Jazz Pakistan; the transaction is expected to close during the current financial year

Below are the financial highlights for Q3 2020: 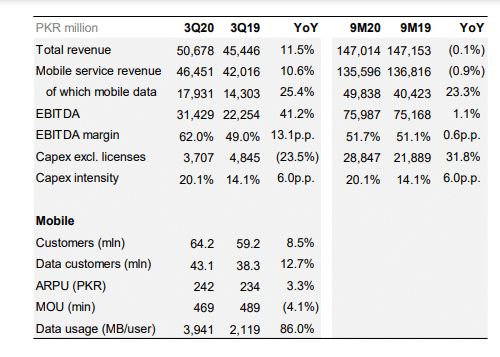