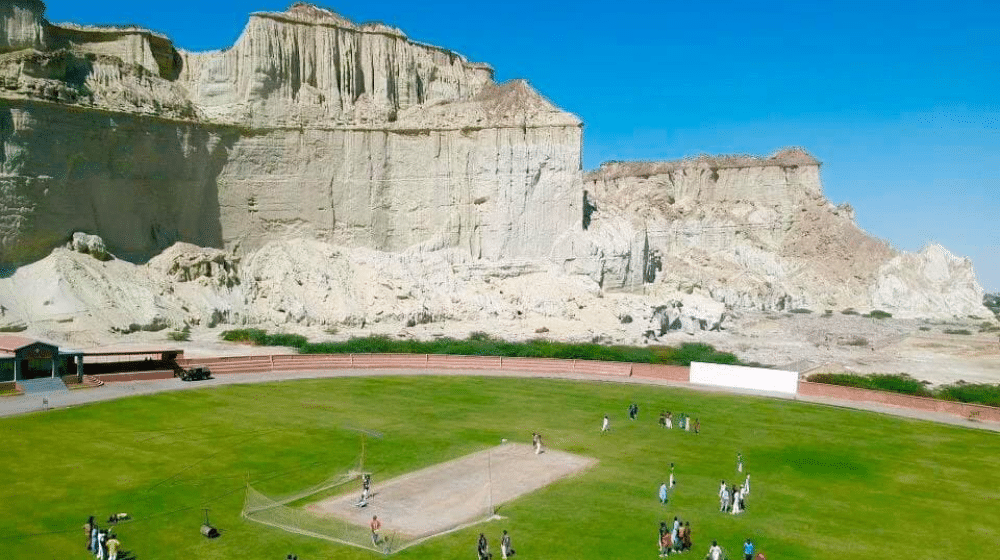 Pakistan has been making efforts to host International cricket matches once again in the country. With positive talks being held with various top test playing nations, full-time cricket should soon be back in Pakistan.

Since 2015, Pakistan has had the pleasure to host many international teams, and finally, this year PSL was held in Pakistan. PSL 5 was played in four cities this year, Lahore, Karachi, Rawalpindi, and Multan. PCB is looking to add several more venues in the coming years.

ICC Hints at Possible Inclusion of Cricket in Olympics

Peshawar Zalmi recently held a training camp in a mesmerizing stadium in the port city of Gwadar.

The Chief Minister of Balochistan Jam Kamal Khan tweeted the amazing picture of the Gwadar cricket Stadium and wrote that he will try his best to bring International cricket to this stadium.

Can be one of the best scenic #Cricket stadiums in the world…#Gwader cricket stadium pic.twitter.com/XfiGbKCnbT

The beautiful scenic background and lush green outfield left many fans in awe of the stadium.

Loving the backdrop. Would be great if @TheRealPCB could convert this into an International stadium.

Fascinating. Never saw this before. By the look, this potentially can be among the best venue in the world. @PaulRadley, this definitely is the second most beautiful venue after Quetta. (Both are in Balochistan). https://t.co/d2j4NxAr1r

Chitral to Get its First 5-Star Hotel

After the extraordinary response to the cricket stadium GDA is now rehabilitating the Gwadar Football ground on the same lines. In fact we will try and make it better than the cricket ground.

The port city of Gwadar is soon becoming a must travel spot for tourists and sports fanatics alike. What are your thoughts on this beautiful stadium? Let us know in the comments.