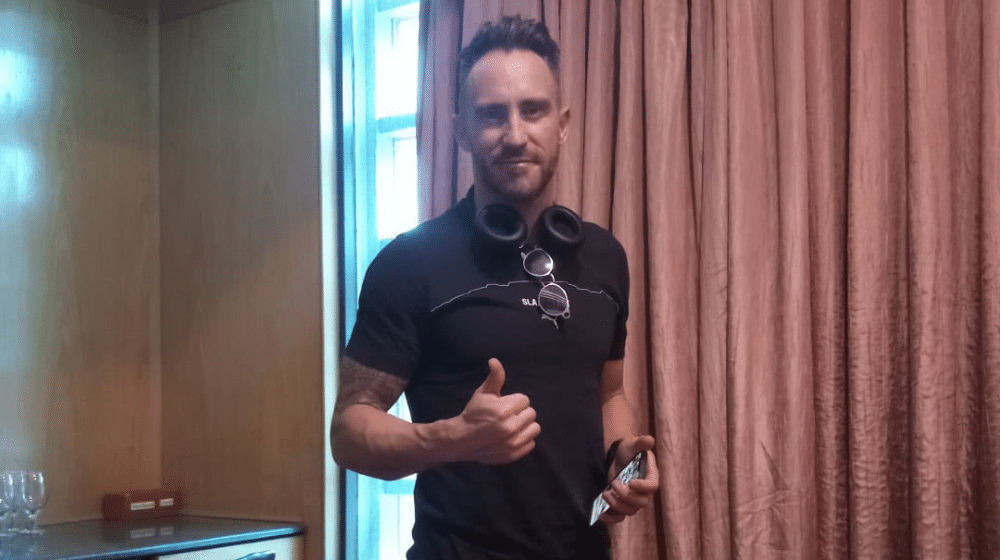 Former South African captain, Faf du Plessis, has arrived in Karachi for the Pakistan Super League (PSL). du Plessis will join his Peshawar Zalmi teammates in the bio-secure bubble arranged by the Pakistan Cricket Board (PCB).

du Plessis was announced as a replacement for West Indian all-rounder, Kieron Pollard, and will make his PSL debut in the upcoming Eliminator against Lahore Qalandars. du Plessis is one of the top players in the world and is arguably the biggest foreign name to join PSL this year.

du Plessis last toured Pakistan in 2017 as captain of the World XI and is said to be very fond of the country. He thoroughly enjoyed his time and appreciated the hospitality in the country.

Upon his announcement as a Peshawar Zalmi player a few days ago, du Plessis said:

I am very excited to join Peshawar Zalmi for the playoff stage games of HBL PSL 2020. I have fond memories of playing in Pakistan when I toured with the ICC World XI in 2017 and I am sure this experience, although different due to Covid-19, will be a memorable one as well.

du Plessis has represented South Africa in 47 T20Is and has scored 1,407 runs at an average of 34.3. He recently concluded his duties with Chennai Super Kings in the Indian Premier League and is set to take part in PSL before joining the South African squad for their series against England.