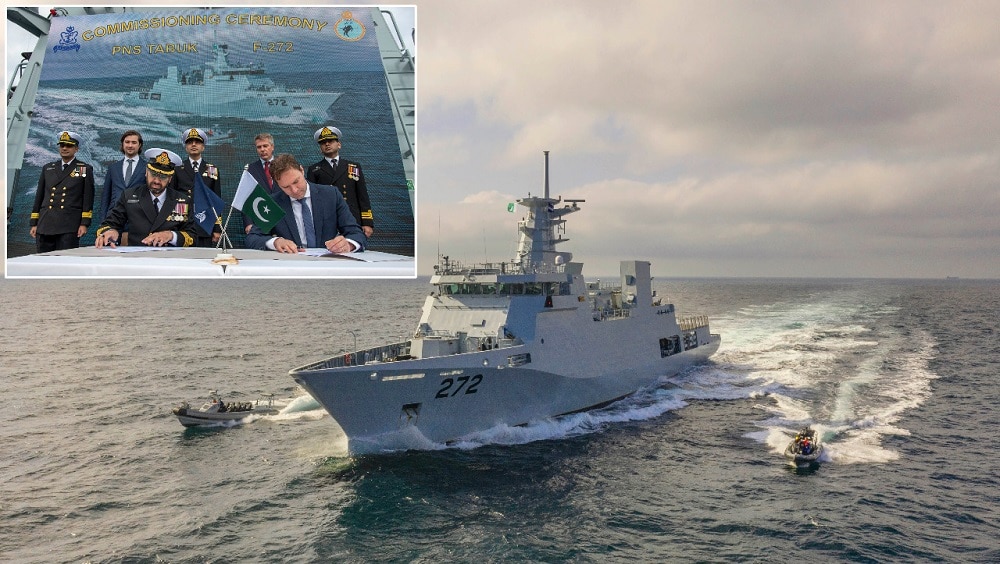 Pakistan Navy has formally commissioned PNS Tabuk into its fleet.

PNS TABUK is a multipurpose and highly adaptive platform of medium size and tonnage. The ship is equipped with state of the art electronic warfare, anti-ship weapons, anti-air weapons, and sensors along with modern self-protection and terminal defense systems.

The ship is also capable to perform a variety of maritime operations in a complex maritime environment and can embark a multirole helicopter and an Unmanned Aerial Vehicle (UAV) simultaneously.

While addressing the ceremony, the Commanding Officer of PNS TABUK, stressed upon the significance of this project and laid emphasis on the additional set of capabilities added to the Pakistan Navy sphere of operations with the induction of these potent platforms.

He further highlighted the impact of these platforms to ensure forward presence and perpetual readiness in the area of operations while being deployed on PN’s initiative of Regional Maritime Security Patrols in the Indian Ocean Region.

He also acknowledged the professional competence and shipbuilding acumen of DAMEN Shipyards and showed confidence in prospects of future cooperation in delivering cutting edge naval technologies to the Pakistan Navy.

In June 2017, the Ministry of Defence Production and DAMEN Shipyards Romania had signed a contract to deliver two Corvettes to Pakistan Navy. PNS Yarmook, the first of the two warships, was inducted into the fleet of the Pakistan Navy earlier this year. 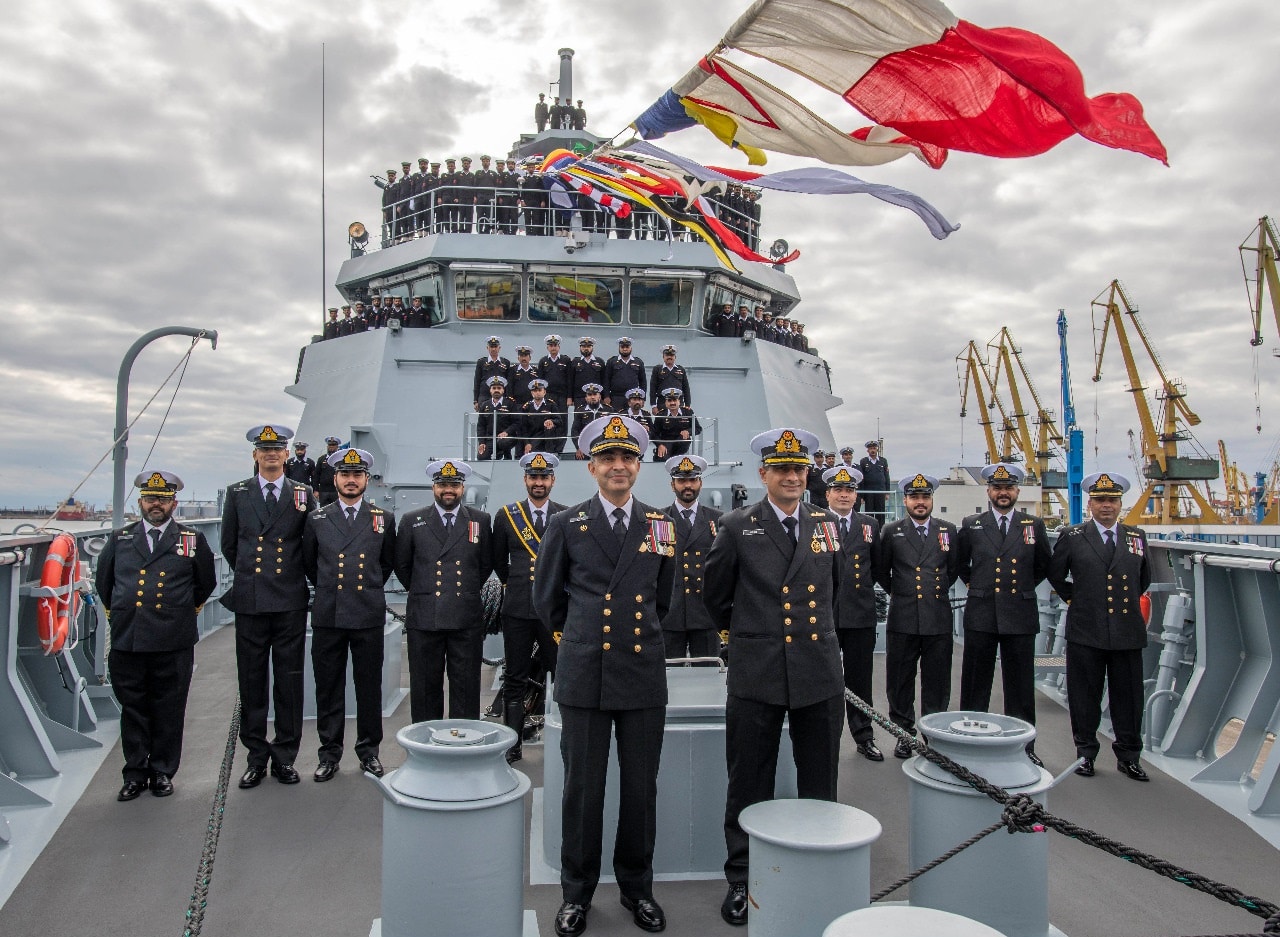 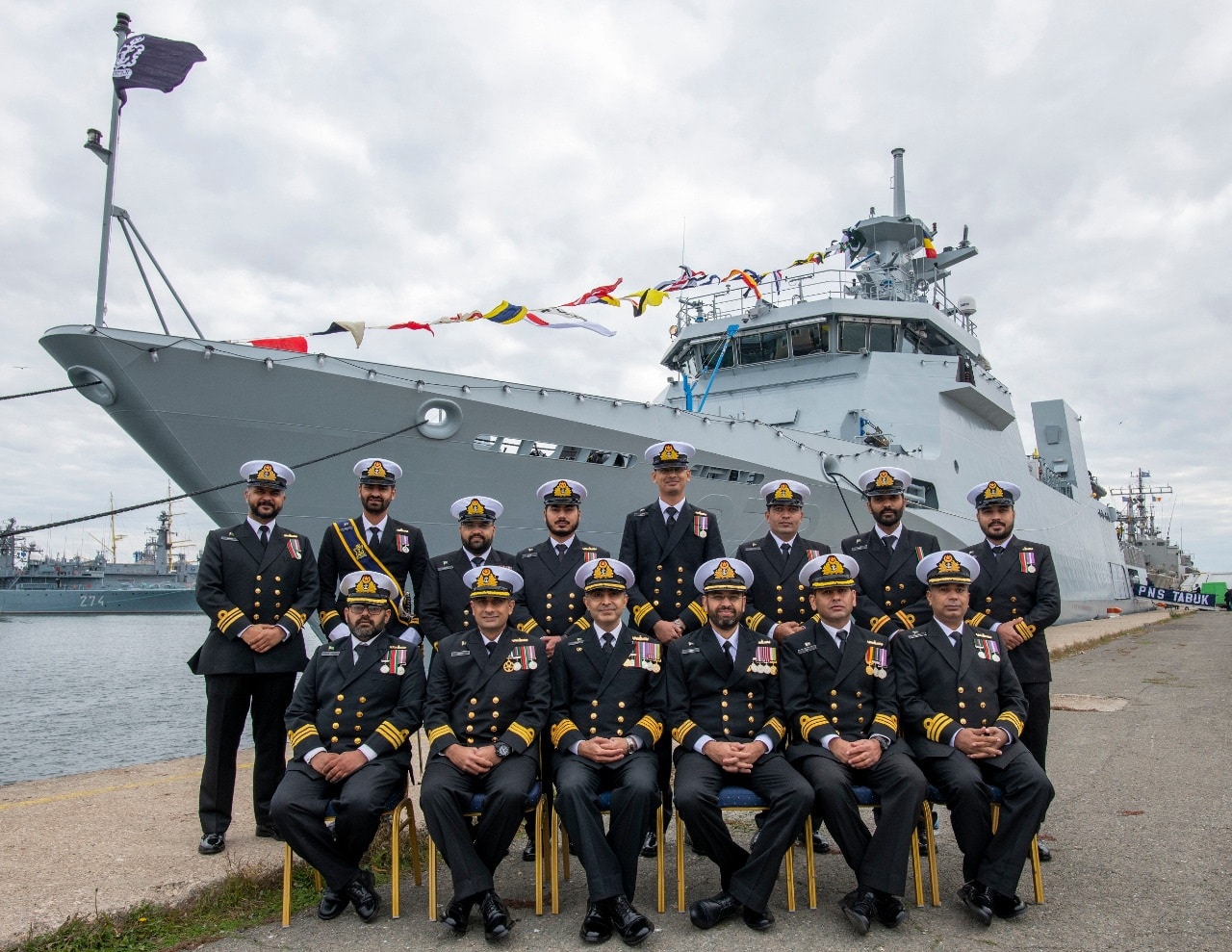