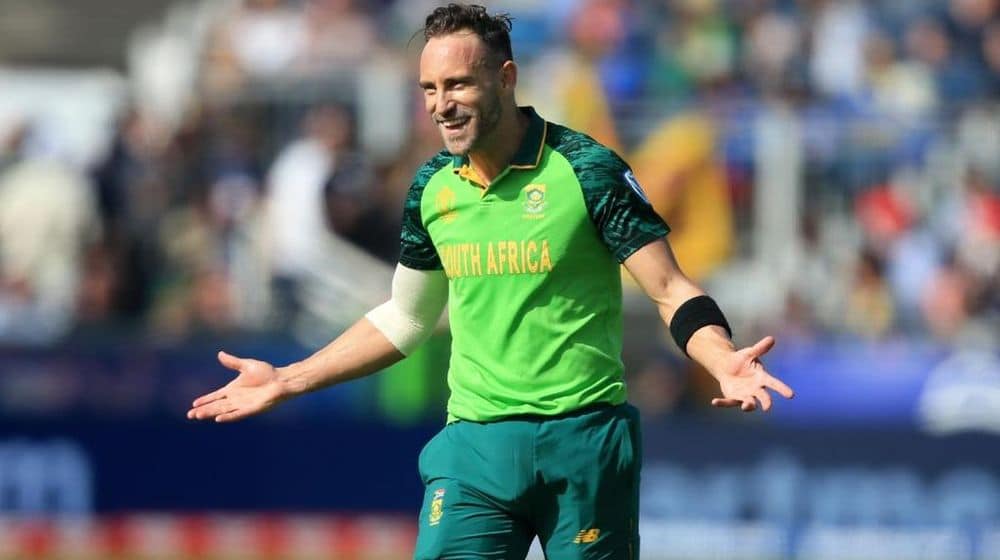 Former South Africa captain, Faf du Plessis, has acknowledged that Babar Azam has been a sensational batsman, adding that his limited-overs game has been remarkable in recent times.

In an interview with a local cricket website, the Peshawar Zalmi star said that Babar has the potential to be an all-time great while comparing him with Virat Kohli.

I do [see similarity between Kohli and Babar]. They are extremely high quality players. Babar, over the last year or so, has taken another step towards becoming one of the greats of the game so he has got an exciting future. I think he surprised a lot of people with his T20 cricket. People would have originally boxed him as a guy that hasn’t got a lot of power but certainly of late his T20 game has been remarkable.

Remembering his last tour to Pakistan with the World XI, du Plessis said that he was astonished to see the passion Pakistanis have for cricket.

The biggest thing for me was seeing the fans and how much it meant to them that cricket was being played in Pakistan again. It was a great part of my journey as a cricketer.

When asked about South Africa’s tour to Pakistan, the 36-year-old said that he has “been here a few times and we would gladly play our part in getting cricket back to Pakistan”.